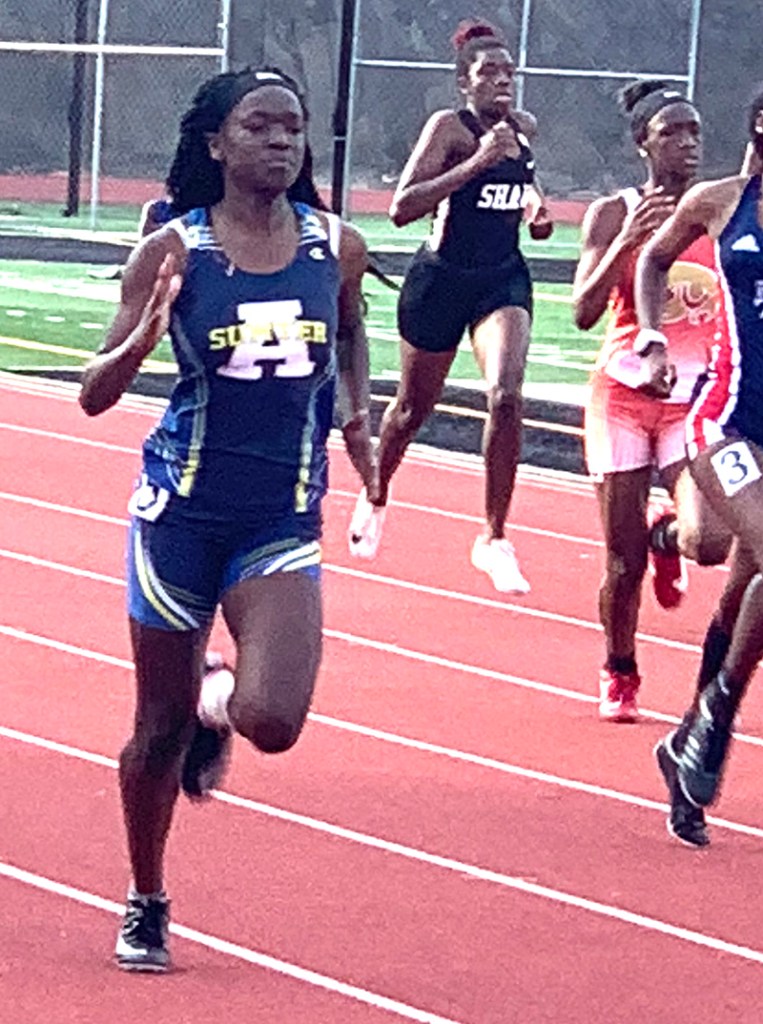 Americus-Sumter sophomore track & field athlete Selliyah Owens competing in the Girls 400 Meter Dash. Owens finished in second place in the event, breaking a school record with a time of 59.75. Photo by Ken Gustafson

ALBANY – Both the Americus-Sumter boys and girls track & field teams turned in outstanding performances at the Region 1-AAAA Meet on Thursday, April 18, at Hugh Mills Stadium in Albany. The region meet began on Tuesday, April 16, with the preliminary rounds. The top eight athletes from each event advanced to the finals on Thursday.

The ASHS girls’ team finished in sixth place with a total of 44 points, one point ahead of Dougherty, who finished in seventh place with 43. Westover and Hardaway tied for first place with 114.5 points. “Everybody did exceptionally well today,” ASHS girls head coach Shanicka Dyson said. “There were a lot of PRs (personal bests), especially on the girls side. They’ve been working so hard this season.” Dyson was especially pleased with the performance of sophomore Selliyah Owens. Owens finished in second place in the Girls 400 Meter Dash with a time of 59.75, breaking a school record. “She set new personal best marks in everything today,” Dyson said. Owens also won the region championship in the Girls High Jump with a jump of 4-10.00. She was also a member of the ASHS 4×100 meter relay team that finished in fourth place in that event with a time of 50.35. The other three members of that team were Adrienne Douglas, Ayesha Williams and Jamaya Young. 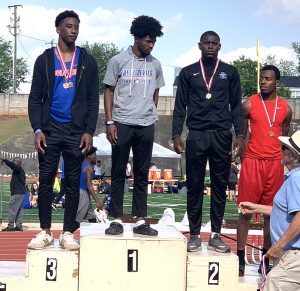 Americus-Sumter’s Trevian Thomas standing on the #2 podium. Thomas finished in second place in both the long jump and triple jump events.
Photo by Ken Gustafson

In the Girls 300 Meter Hurdles, Lakyra Waters finished in third place in the region with a time of 50.54, booking her spot in the sectional meet in Columbus on Saturday, May 4. Athletes who finished in the top four spots in each event qualified for the sectional meet. “I didn’t make it in my other two events, so I just used that as motivation to at least try to make it to sectionals,” Waters said.

In the Girls Pole Vault competition, Madison Smith barely missed qualifying for sectionals and finished in fifth place. Smith’s best vault was at 7-00.00, but she was unable to clear the 7-06.00 height.

On the boy’s side, ASHS finished in fourth place with 81 points. Westover ended up winning the team championship with 119.50 points. “I think we fought hard with what we have,” ASHS boys head coach Ryan McKenzie said. “We’re not a well-compact team like a lot of these kids. A lot of our kids are sophomores, juniors or seniors, so we don’t have a ninth-grade team. We need to make sure that we implement that moving forward. I am so proud of the effort that these guys have given us. We didn’t qualify in our main event: the 4×100 Meter Relay, because of a problem during the exchange between runners 2 and 3, but that didn’t deter us. We just continued to persevere and press forward. At the end of the day, we just want to compete. The only thing we can ask for is to have the opportunity to represent Americus-Sumter High School and we had that opportunity today.” 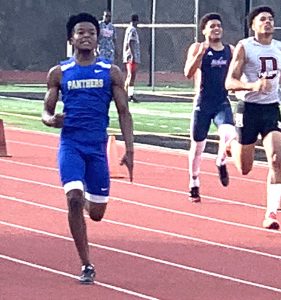 Americus-Sumter’s Breylon Green finished in second place in the Boys 400 Meter Dash to secure a spot in the sectional meet in Columbus on Saturday, May 4.
Photo by Ken Gustafson

The very last event of the evening was the finals of the Boys 4×400 Meter Relay. The ASHS relay team thought they had won the event. From the naked eye, Jaylen Mable, who ran the anchor leg for the Panthers, appeared to have crossed the finish line slightly ahead of the runner from Dougherty High School. However, it was a photo finish, and the Dougherty runner was deemed to have gotten his whole torso over the line before Mable did. “It was a photo finish. You can’t ask for anything better than that,” McKenzie said. “It’s something that we have to make sure we teach a little better and we’ve got to be ready to do that in two weeks.” The Panthers finished second in the event by the narrowest of margins. They finished in a time of 3:24.24, just barely behind Dougherty, who finished in a time of 3:24.22. 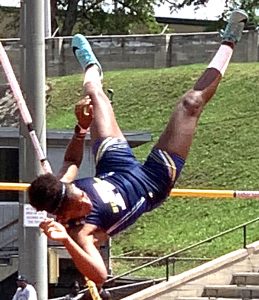 It was an excellent day for Trevian Thomas. Thomas finished second in the long jump. His best jump was a length of 21-07.50. While he was happy with his performance, Thomas believes that he can extend his distance with improvement in his technique. “To jump further, I know I need to work on my landing, stand on my feet and make sure that I keep my body tuck,” Thomas said. “As I ran down the runway, I knew that I had to jump better than 21 feet. I had a certain mindset on what I was going to do. I came out and made it happen.” Thomas also finished as the region runner-up in the Boys Triple Jump. His best jump was a length of 43-03.50. Thomas was also a member of the ASHS 4×400 Meter Relay team that barely missed winning the event. Thomas narrowly missed qualifying for sectionals in the 200 Meter Dash. He finished in fifth place with a time of 22.65. Hardaway’s Fletcher Smith barely beat him out for fourth place with a time of 22.64. 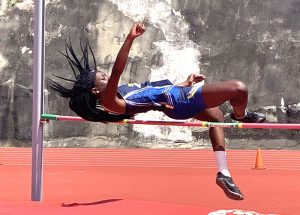 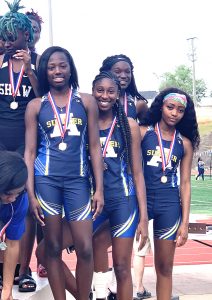 In the Boys 1600 Meter Run, Rondravious Terry finished in third place with a time of 4:48.29, a little over six seconds behind second-place finisher Henry Plowden of Westover (4:42.71). Terry was also a member of the ASHS Boys 4×400 Meter Relay team that finished in second place. Terry also competed in the Boys Triple Jump and finished in sixth place. His longest jump went for 42-02.75. 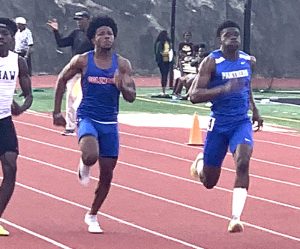 It was a good day for Kameron Carter as well. Carter, who finished in first place in Tuesday’s preliminaries of the Boys 300 Meter Hurdles, finished in third place in the finals of that event with a time of 42.90. With that performance, Carter booked his spot in the sectionals meet, which will take place in Columbus on Saturday, May 4.