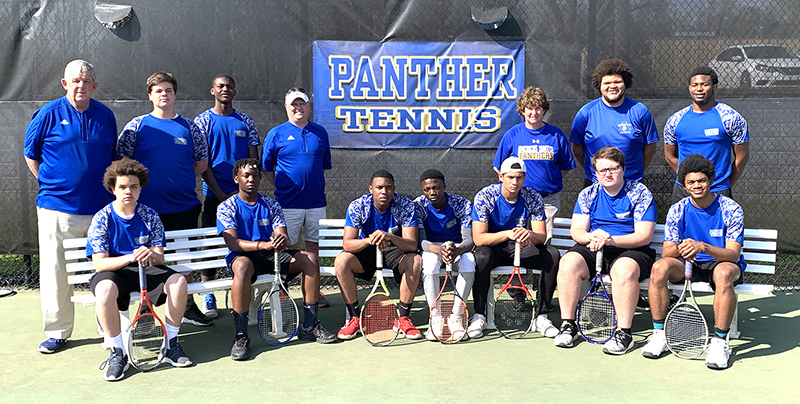 With the win, the Panthers (17-4) will advance to the state quarterfinals.

The Panthers’ No. 1 singles player, Aaron John Ndaayezwi, lost his match against Tyus Baifolo 2-6, 1-6. However, Zacheus Johnson helped the Panthers bounce back when he defeated Arya Patel in straight sets 6-0, 6-1.

In doubles action, the ASHS duo of Keldrick Flemming and Chris Wooden defeated the Huskies’ team of Josh Self and Muhammed Safiq in straight sets 6-2, 6-1. That gave the Panthers a 2-1 advantage. All they would need to win was either another singles win or another doubles win to secure their spot in the “Elite eight” of the state tournament.

They were able to get the third and deciding point when the doubles team of Aaron Lewis and Chandler Reddix defeated Howard’s duo of Darren Gao and Jayesh Patel 6-1, 6-3. The singles match between the ASHS No. 2 singles player Braxton Cross and the Huskies’ Josh Taylor was stopped because the Panthers had already secured victory. Cross won the first set of his match 6-2 and it was tied 3-3 in the second set before that match was stopped.

“I’m so proud of what these guys have accomplished,” ASHS head coach Carl Willis said. “They are just a group of hard-working young men who have gotten better as the season progressed. We had lots of respect for Howard, who knocked off No. 1 seeded Burke County in the first round. Also, I am proud of a 17-4 record.”

AS a result of the GHSA’s universal coin toss, the Panthers will travel to Atlanta to take on Marist. Both ASHS and Marist began the tournament as No. 3 seeds. Marist won the coin toss, so they will host the Panthers in the state quarterfinals. Date and time of the match between the Panthers and Marist is still to be determined.