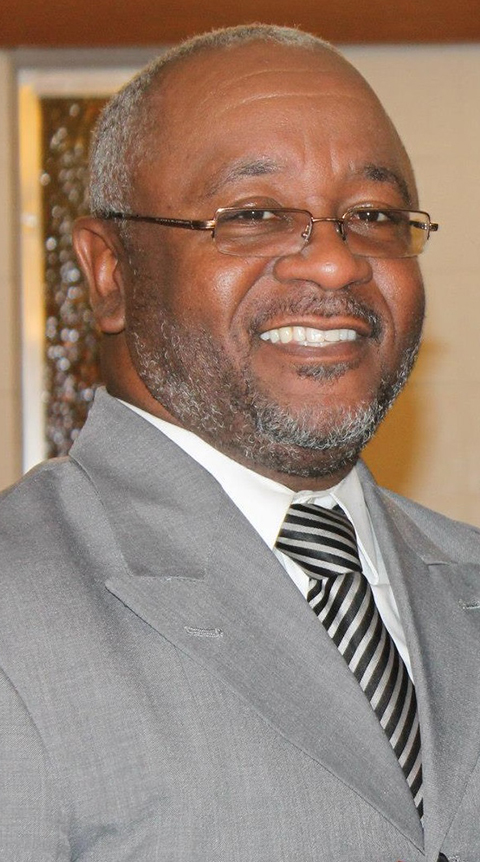 AMERICUS — When George Edge stepped into the position as CEO of the Housing Authority of Americus on Jan. 1, 2019, he came with decades of experience under his belt. More than 33 years, to be exact.
Edge, who is also an ordained minister and pastors The Restoration Church, Americus, is a Plains native. Following his 1982 graduation from the last class of Sumter County High School, before the new Sumter County Comprehensive High School was opened, he attended South Georgia Tech where he studied business, more specifically accounting. His first job was with St. Regis Paper Co. in Lumpkin, which was later bought out by Champion International, which ultimately closed. Since South Georgia Tech had found that first position for him, the young Edge sought his alma mater’s help again. They found him a job with the Housing Authority of Americus (HAA). He started there on March 17, 1986, as the occupancy specialist. He made sure the apartments were occupied and maintained the waiting list. He was expected to maintain a 95 percent occupancy rate, which he did successfully. He said that was a time when there was always a steady stream of people in need of housing. He added that it’s just been in the last few years that they’ve had to advertise that housing is available. They use social media, the local newspaper, and signage placed where vacancies exist.
Edge remained as the occupancy specialist for about three years. When Cal Anderson, who retired as CEO on Dec. 31, 2018, came to Americus, there was a vacant position as occupancy supervisor, and Edge was moved up. Edge oversaw all the programs which include the public housing program, the housing choice voucher program (formerly known as Section 8), and the locally owned program. The latter includes units owned by the local housing authority which have no federal assistance attached. The locally owned units, however, are rented at below-market levels, Edge said. The 117 units have a 98 percent occupancy rate. Some are family units and a few are one-bedroom units.
After 10 years or so, Edge advanced again with the HAA and was named manager of housing, in which he had oversight of all the housing programs, and about 1,400 units. Edge said he was very fortunate to work along with Cal Anderson, who allowed Edge to have exposure to certain areas of expertise in housing. “I think it was a good transition to move someone from within,” he said. “Even it had not been myself, it put the housing authority in a good position to be able to continue in the trends that we’ve become so comfortable with.”
And so, it was a natural progression for Edge to move into the top CEO position upon Anderson’s retirement, becoming the first African American to hold the job here.
“It’s kind of a total different experience,” Edge said of his new executive position. “Whereas my focus was generally on the housing programs, now my focus is touching on every area of the housing authority.” He said he has some very good people working for the authority such as someone who is responsible for the financial side, and another who oversees maintenance, both with which he has had to become more familiar, not to mention the changing rules and regulations that are attached to government funding. He credits Anderson’s knowledge in all these areas, as well as planning. “All of those things are very new,” Edge admitted. He said fortunately the HAA was not affected by the recent partial federal government shutdown because the shutdown didn’t linger, although they had to watch funding “very closely” being that they had been funded through April 1. He said his office heard multiple concerns from landlords, mainly those in the housing choice voucher program. “We were very tense,” he said, “and didn’t know how we were going to handle things at the time.” If the shutdown had not ended when it did, Edge said they would have had to make “some difficult decisions.” He explained that the HAA is allotted 716 vouchers for the program and about 650 families are currently in the program. Fortunately, the HAA also had some reserves of non-federal dollars.
Edge said his parents taught him and his siblings the work ethic. His mother, Julia Edge, lives in Americus. His father, Judson Edge, died several years ago.
His wife of 30 years, Lindsey, has worked with Habitat for Humanity International for over 33 years, and they have four grown children and 10 grandchildren.
Of his years with the housing authority, Edge says, “It has been the most rewarding job. I don’t even call it a job.” He said that when you love doing something and look forward to getting up every day and doing it, it’s just not like work. “I guess I could call it a labor of love,” he said. “I love what I do, the mission, the scope of the work of the housing authority.” He later said his work with the housing authority is “very rewarding” because he gets to see people in need provided with affordable and safe housing.
Edge said the people who work for the HAA — 29 full-time and four part-time employees (security) — gather for special occasions and meals to provide praise and recognition for the employees. He said it’s been a good transition to his new position and he is looking forward to continuing the good work of the Housing Authority of Americus. He also thanked the HAA board of commissioners and their efforts to enlighten the community on what the HAA does.
Edge also continues to embrace his ministry. He was called into the ministry on June 2, 1991, and was licensed to preach in August 1992. He was ordained in August 1993. Reared in his family’s home church of Lebanon Baptist Church in Plains, Edge is now seeing his congregation’s “walk of faith” come to fruition with a new church almost completed on Bumphead Road.