AMERICUS — The city of Americus has announced the promotions of two department heads. Roger Willis has been promoted to Chief Building Official, and Qaijuan Willis has been promoted to Main Street Director.
Willis, an Americus native, came to work for the City originally as a Building Inspector in 2000. He furthered his craft by accepting an opportunity in Buckhead Atlanta as a Residential Construction Superintendent managing high-end projects from demolition to homeowner move-in. He returned to Americus with a new family and a drive to complement existing building practices while offering his extensive knowledge. His work is most recently noticed as our Building Official and Interim Chief Building Official. City Manager Charles Coney offers, “Roger has been instrumental in leading our department as we sought to find the optimal leader. In doing so, he has advanced our City’s mission with solution-oriented performance and high customer service.“ 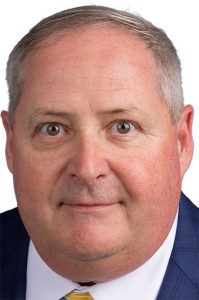 “Being named Chief Building Official for City of Americus is an honor,” Willis said. “I am looking forward to the opportunity to lead, maintain, and improve the standards for public safety in our community while working directly with the businesses and construction teams to make it happen. My objective is to help protect the citizens, businesses, industries, and visitors in our community by being Innovative and keeping current with Building Codes.”
Willis is a member of the International Code Council (ICC), a member-focused association with over 64,000 members. It is dedicated to developing model codes and standards used in the design, build and compliance process to construct safe, sustainable, affordable and resilient structures. Additionally, he has membership in the Building Officials Association of Georgia (BOAG) and the Southwest Georgia Inspectors Association (SWGIA). 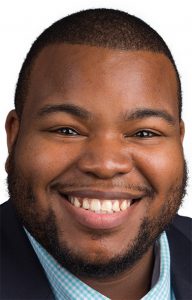 Americus Mayor Barry Blount adds, “Roger brings to Americus 30 years in the construction industry. I have no doubt that he will help us be a clean and safe city.”
The Chief Building Official (CBO) for the City of Americus is responsible for the administration, management and operation of the Building Safety Department. The function of the Building Safety Department includes the enforcement of city ordinances and state laws regulating contractor and tradesmen licensing and registration, along with construction, use maintenance and demolition of buildings and other structures. The CBO is the City’s liaison to the Americus-Sumter County Land Bank Authority, Americus Historic Preservation Commission, Americus Planning and Zoning Commission, and the Sumter County Board of Zoning Appeals.
Qaijuan Willis is a lifelong resident of Americus. An honor graduate of Americus-Sumter County High School, he earned a bachelor’s degree in business administration from Georgia Southwestern State University. As a high school student, he began an internship at the Sumter County Chamber of Commerce through the Work-Based Learning Program, which he credits as the start of his career. Later, he was hired to work part time at the Chamber where he had the opportunity to make connections with prestigious community stakeholders of Sumter County and surrounding counties.
In April 2015, Willis began working for the City of Americus in the Main Street Department and was promoted to the Main Street Program Coordinator where he planned and implemented profitable events. In January 2019, he advanced to the Interim Main Street Director for Americus Main Street and Downtown Development Authority. Willis recently attended the National Main Street Conference and had the pleasure of networking with peer professionals across the nation gaining pivotal insight with strategic program implementation.
“While I have worked with Qaijuan for a short period,” Coney said, “I can see from his passion and hard work that we are absolutely at the place where commerce and innovation come together in the framework of community. His promotion gives him the authority necessary to continue to ‘make it happen’ as he has done in the Interim position.”
Willis is a member of the Sigma Alpha Pi National Honor Society of Leadership and Success and currently serves on the Furlow Charter School Diversity & Inclusion Committee. He also serves on the Leadership Division and the Education Division of the Sumter County Chamber of Commerce. He also serves as the Program Coordinator for the Chamber Champions youth leadership initiative. His community involvement is well respected throughout Georgia’s Sumter County and has been featured in the Sumter County Living Magazine, the Americus Times-Recorder’s Community Magazine, in an Alumni of the Week article for Georgia Southwestern State University, the Middle Georgia Informer, and several other publications.
“Qaijuan has done an excellent job, first serving as Main Street Program Coordinator and most recently as the Interim Main Street Director,” says Mayor Barry Blount. “I believe that Qaijuan possesses the skills, ability, and desire to make our downtown more vibrant and attractive to both businesses and visitors. With his leadership and working with our Main Street Board, Downtown Development Authority, and business owners, I look forward to continued growth in our downtown community. “
The Main Street Program Director coordinates activities within the Americus downtown and commercial district revitalization program that utilizes historic preservation as an integral foundation for downtown economic development. Willis is responsible for the development, conduct, execution and documentation of the Main Street program. As the program director, he is the principal on-site staff person responsible for coordinating all program activities and volunteers, as well as representing the community regionally and nationally.

By Beth Alston AMERICUS — If you ever have the opportunity to dine in one of the cafeterias of the... read more