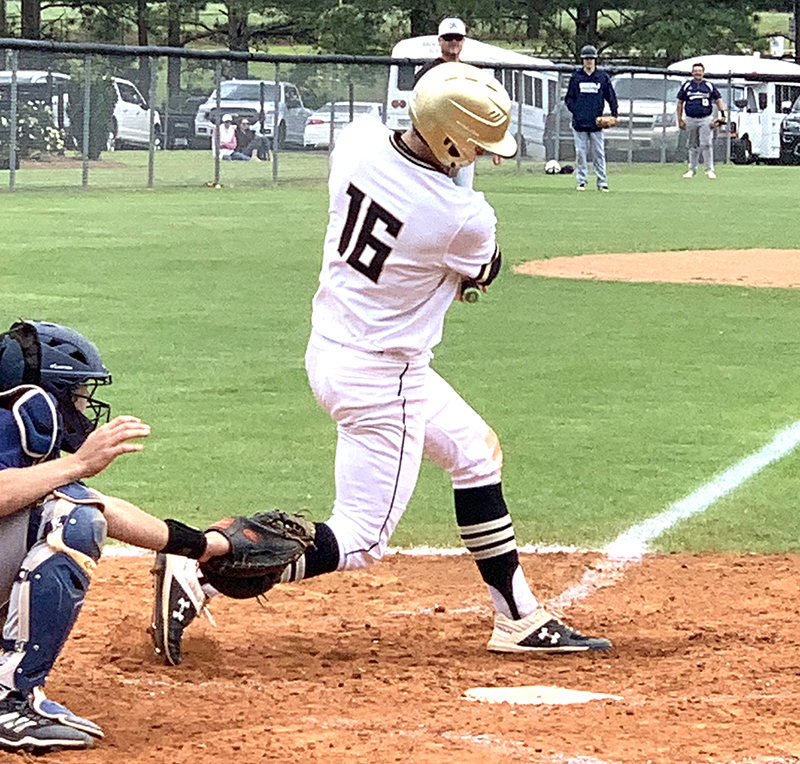 MILLEDGEVILLE – Having pulled off an upset by beating the Heritage School in the first round of the GISA Class AAA State Playoffs, the Southland Academy (SA) Raider baseball team travelled to Milledgeville, GA ready to continue their run to a state championship by taking on John Milledge Academy (JMA) on Friday, May 3. Unfortunately for the Raiders, they fell behind early in both games and couldn’t recover, losing 4-1 and 8-4 to end their season.

In Game 1, the Raiders fell behind 1-0 in the bottom of the first inning when the Trojans stole home. The Raiders tied the game in the top of the second. Clay Owens led off the frame with a single. Owens then stole second base, followed by a single by Owen Exley. Chase Ledger then hit into a double play, but Owens remained at second base. Owens then came all the way around to score on an error by the JMA catcher. That would be the only run of the game scored by the Raiders.

The Trojans scored two runs in the second on a two-out, RBI double by Marcus Prestwood. The Trojans added one more run in the sixth inning to secure the 4-1 win in Game 1. The Raiders had eight hits in this game, the same amount of hits generated by the Trojans. However, the Raiders were unable to score any more runs on those hits and they committed two errors. Luke Law went 2-for-3 at the plate in Game 1 to lead the Raiders’ offensive attack.

Hunter McCain started on the mound in Game 1 for the Raiders and took the loss. He pitched five innings and gave up four runs on eight hits. He walked four batters and struck out three. Luke Law came on in relief of McCain. He pitched one inning and struck out one.

Jacob Prestwood led JMA offensively by going 3-for-4 at the plate. On the mound for the Trojans, Jared Prestwood got the win. He pitched seven innings, allowing one run on eight hits and struck out eight SA batters.

In Game 2, the Trojans scored four runs in the second and three in the third to take a commanding 7-0 lead. The Raiders fought back by scoring four runs in the bottom of the fifth inning to cut the deficit to three runs. Landon Law drove in two of those runs on a two-run home run. The bottom of the sixth inning began with a promising start for the Raiders. Exley led off the frame with a triple, but the Raiders were unable to capitalize. The Trojans added one more insurance run in the top of the seventh to secure the 8-4 win, ending the Raiders’ season.

The Raiders used a total of four pitchers in Game 2. Chase Ledger started the game on the mound for SA. He pitched one inning, giving up a run on one hit and striking out two. Luke Law came on in relief of Ledger. Law ended up taking the loss. He pitched one inning and gave up three runs on three hits. Adam Smith came on in relief of Law. Smith pitched four innings, giving up four runs on five hits. He walked three and struck out one. Ross Minick was the last pitcher used by the Raiders. Minick gave up no runs on one hit. He walked one and struck out two.

For the Trojans, Brandon Bellflower, Seth Bowden, Taylor Dixon and Patrick McDonel each had two hits in Game 2. Both Bellflower and Dixon each drove in two RBIs and McDonel drove in one.

Jacob Prestwood was the winning pitcher for JMA. Prestwood gave up four runs on eight hits and struck out two SA batters over four and two-thirds innings of work.