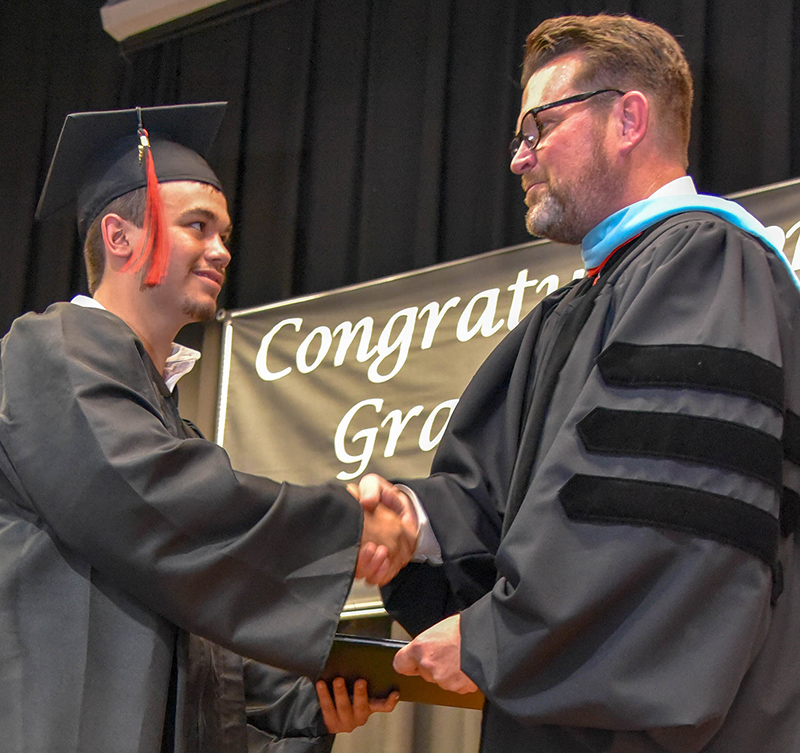 AMERICUS — With his head buried in the engine of a ‘90s model Jeep Wrangler, 18-year-old Christopher Waller appeared to be in his element. He had grease on his hands, his hat pulled down low, and a smirk on his face — he looked happy.

From a few feet away, his South Georgia Technical College (SGTC) instructor, Brandon Dean, watched a few other students work underneath a car, but started to brag about Waller. He said that Waller really seemed to enjoy learning every day, and that he’s an excellent student, adding that his class work has been done for weeks — he’s just showing up because he wants to.

It may sound like Waller has always had a passion for learning, but that wasn’t the case a year and half ago before he began taking classes at SGTC.

“I was struggling to feel connected to what I was studying in high school,” Waller said from under the hood, which sits in the automotive technology lab at South Georgia Tech. “I wanted to be learning something that I knew I would use in the real world, and South Georgia Technical College has given me that.”

Despite his love of learning now, Waller was on the verge of dropping out of Marion County High School as a sophomore at just 16 years old.

“It came down to the fact that I just wasn’t interested in what I was studying,” he said.

Waller’s high school counselor knew how he felt about school, so she scheduled a meeting between him and Beth Brooks, one of SGTC’s high school coordinators. After meeting with Brooks, Waller discovered that he was eligible for the state’s Dual Enrollment program.

“Immediately it was like a weight was lifted off of my shoulders,” he said. “I knew that I could start to study and learn something that I really enjoyed.”

The Dual Enrollment program allows eligible high school juniors and seniors to take college courses, full-time or part-time, at no cost to the student. By taking advantage of the program, students are able to get a head start on their college careers by taking degree or diploma level courses all while fulfilling their high school diploma requirements. 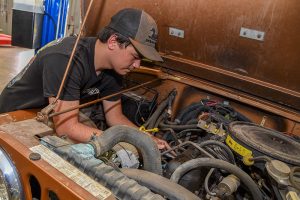 Christopher Waller working in a lab at SGTC.

Waller began taking automotive technology classes part-time during his junior year and transitioned to a full-time student during his senior year. Toward the end of the program, he had already completed his required classes at his high school and could concentrate on his college course requirements.

“[Dual Enrollment] gave me an opportunity to learn something in a field that I wanted to be in. It gave me more opportunities and even allowed me to meet more people than I would have had otherwise,” he said of his experience with Dual Enrollment at South Georgia Tech.

Now that he’s graduated from high school and college, rather than entering the workforce — Waller wants to continue his education. He hopes to return to SGTC in the fall as a sponsored student for the Caterpillar Think BIG program on the electrical power generation side, where he would learn to repair power generators.

But don’t think that he’ll give up his passion for cars. He’s already eyeing his dream project — a 1970 Pontiac GTO Judge.

“I have my eyes on one in Columbus — if I could just get the owner to come off the price a little bit,” he said with a laugh.