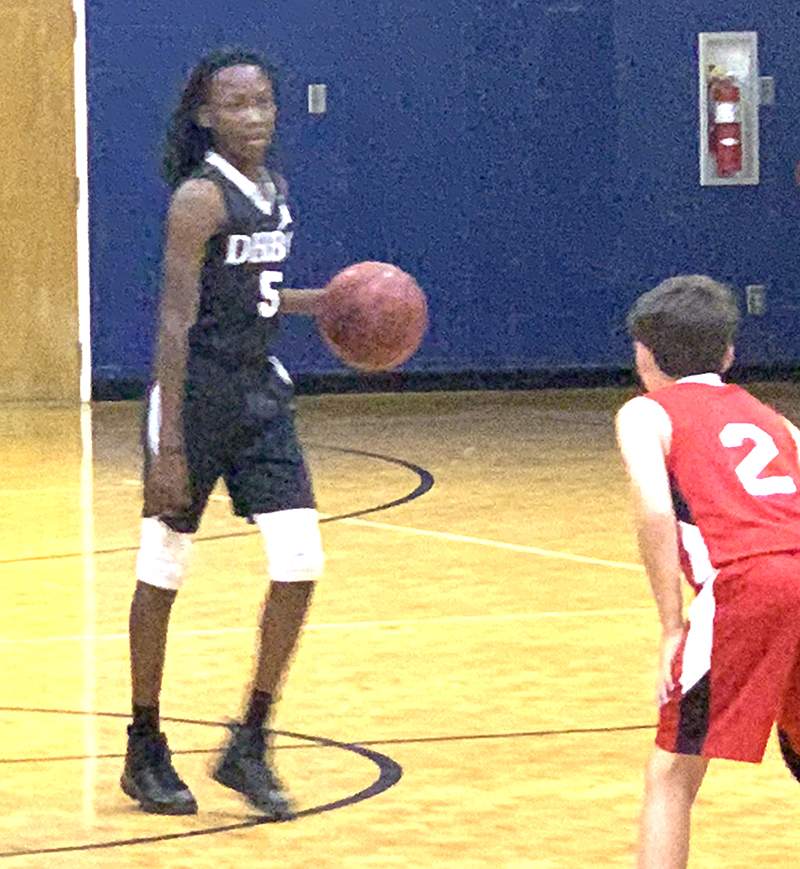 11u Raptors guard Amari Hubbard with the ball. Hubbard helped lead the Raptors to victory by scoring 10 points. Photo by Ken Gustafson

AMERICUS – Amari Hubbard and Briceton Terry each scored 10 points to help lead the 11u Raptors to a 33-21 victory over the Rockets at the beginning of week three of the Dwight Harris Boys Club Basketball League (DHBCBL) on Monday, June 17, at Ninth Grade Academy.

Late in the first half, the Raptors had an 11-7 lead before Hubbard scored two straight baskets to give the Raptors an eight-point lead. The Raptors went into halftime leading 15-9. 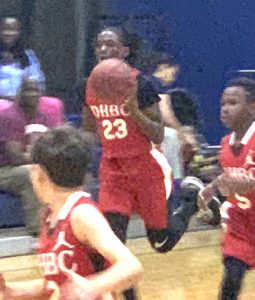 A.J. Kearse (23) pushes the ball up the court for the 11u Rockets. Kearse scored 18 points to lead the Rockets in the loss to the Raptors.
Photo by Ken Gustafson

However, the Raptors took control of the game during the first few minutes of the second half. They went on a 9-3 run to take a 24-12 lead. It was a deficit from which the Rockets could not recover. A.J. Kearse led the Rockets with 18 points, but it would not be enough as the Raptors went on to win by the score of 33-21. Jordan Holmes scored five points and both Bryson Phelps and Joshua Coleman each chipped in four points in the Raptors’ winning cause.

In the 8u division, it was a close game between the Warriors and the Bucks, but the Warriors would end up prevailing by the score of 11-8. Mark Paul led the Warriors with four points and Ryan Peck had three. Ayden Arnett and Chaston Green each chipped in two points in the winning cause. De’quavious Banks led the Bucks with five points and Elijah Fuller chipped in three. 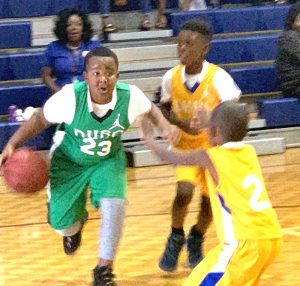 Noah Waters of the 8u Bucks tries to dribble baseline against his defender.
Photo by Ken Gustafson

The DHBCBL will have games every day Monday through Saturday this summer until Tuesday, July 16. The league playoffs for each age division will run Wednesday through Friday, July 17-19. The championship games of all four age groups will be on Saturday, July 20.