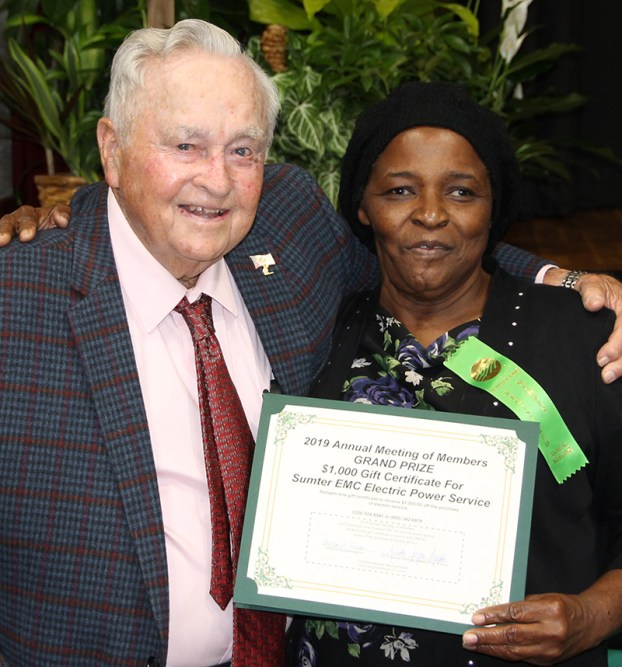 President/CEO Ted McMillan focused on one of the strongest attributes of the electric cooperative system, the commitment of EMCs to help each other during storms. This attribute was on full display when over 400 additional linemen came to our rescue when Hurricane Michael left its mark on Southwest Georgia.  It was the largest storm damage in the history of Sumter EMC. With 240 broken poles, 15 of the cooperative’s 23 substations were without power, thus resulting in 19,000 Sumter EMC members being without power.

McMillan mentioned the continued diversification of the cooperative’s electric generation options, including additional utility scale solar resources purchased through Green Power EMC. He touched on changes that technological advances in the areas of electric vehicles are bringing. Tax credits and the appeal of reducing emissions for the environment are playing a big role in more and more electric vehicles being on the road. McMillan reminded members that Sumter EMC offers a rebate for members who choose to install a Level 2 (240 volt) electric vehicle charger in their home.

Secretary-Treasurer Michael D. Webb reported that Sumter EMC experienced another successful year in 2018. The Cooperative’s books are audited annually. The 2018 audit was conducted by the certified public accounting firm, McNair, McLemore, Middlebrooks & Co., LLC. The audit is on file at the Cooperative’s office. During the 2018 year, a total of $598,800 was refunded to the estates of deceased patrons. See the 2018 Annual Report for additional details.

Following the annual meeting, a special meeting of the Board of Directors was held to elect officers for the 2019-2020 year. Bob Jernigan was elected chairman; Dr. Cecil O. Myers as vice chairman; Michael D. Webb as secretary-treasurer and William E. Harris as assistant secretary. 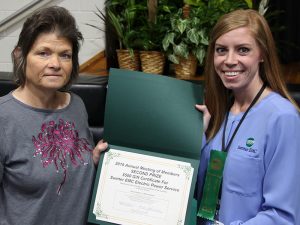 AMERICUS — Georgia Southwestern State University (GSW) has received a top ranking as one of the Top 10 Nursing Schools... read more