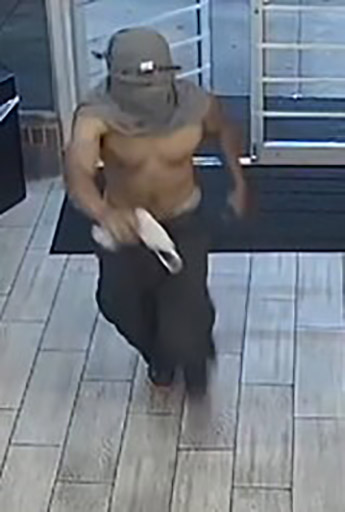 Still photos from a security video camera show the suspect.

AMERICUS — The Americus Police Department is requesting the public’s assistance in identifying the suspect in an armed robbery earlier this week.

Police responded at approximately 9 p.m. Wednesday to the Wok N Wings Restaurant in Americus to an armed robbery. 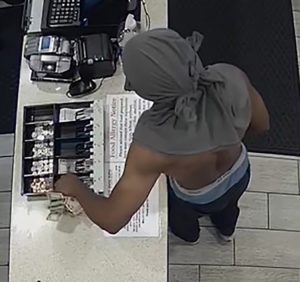 Still photos from a security video camera show the suspect.

The suspect is described as a black male approximately 6`0” in height, with an athletic build. He was last seen wearing black, low-slung cargo pants, and had a gray shirt covering his head and face.