Willoughby and Brown lead 17u Bucks to DHBCBL victory 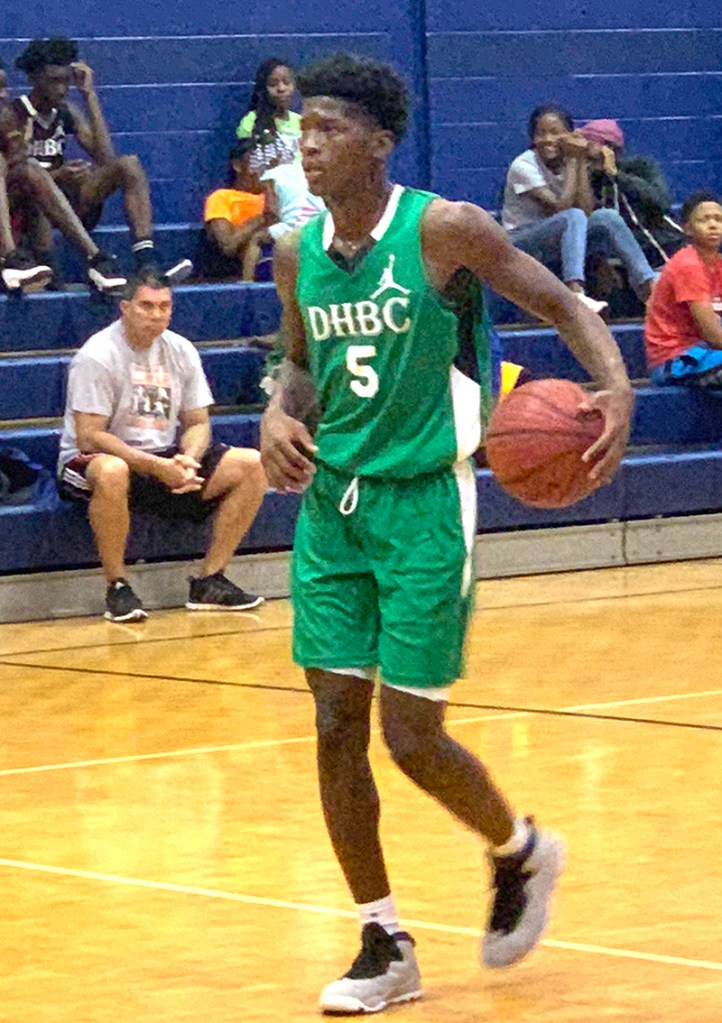 Quevoluia Willoughby scored 20 points to help lead the 17u Bucks to an 81-65 victory over the Thunder in week 5 of the Dwight Harris Boys Club Basketball League. Photo by Ken Gustafson

AMERICUS – The July 4 holiday began early with some fireworks in the form of exciting end-to-end basketball on Tuesday, July 2. Trae Brown and Quevoluia Willoughby scored 21 and 20 points respectively to lead the 17u Bucks to an 81-65 victory over the Thunder in Week 5 of the Dwight Harris Boys Club Basketball League (DHBCBL) at the Americus-Sumter County Ninth Grade Academy.

It was exciting, non-stop, run-and-gun basketball between both teams, but the Bucks would get the upper hand by going on a 17-9 run in the second half to seal their double-digit win. That second-half run the Bucks made was due to their defensive pressure, which forced the Thunder into committing numerous turnovers.

“I told our guys to tighten up on their defense,” 17u Bucks head coach Scottie Terry said. “We were playing a laid-back zone defense and I switched to man-to-man. That really helped us out in jumping out to a big lead.” 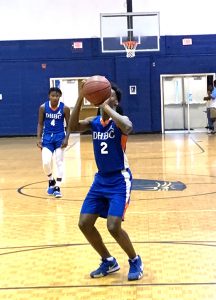 Elijah Westbrook of the 17u Thunder is about to shoot a free throw. Westbrook scored 12 points in the loss to the 17u Bucks.
Photo by Ken Gustafson

For much of the first half, it was a back-and-forth affair between both teams, with neither team separating themselves. However, the Bucks began to pull away and led 38-29 with 2:49 left before halftime. By the time the intermission had arrived, the Bucks had a 40-33 lead.

Willoughby’s brother, Kanova Willoughby, scored 13 of his total of 15 points in the first half for the Bucks. Willoughby himself had nine first-half points. 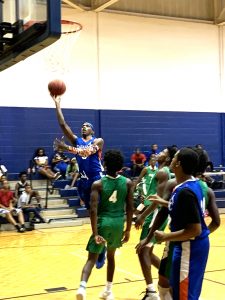 17u Thunder guard Jakontist Gordon drives to the basket.
Photo by Ken Gustafson

The second half totally belonged to the Bucks. They scored eight unanswered points to take a 48-33 lead before Thunder head coach Rundy Foster called a time out with 18:07 left. However, that time out couldn’t stop the momentum of the Bucks. They amassed a 57-42 lead on a three-pointer by Quevoluia Willoughby, forcing another time out by the Thunder.

That 17-9 run by the Bucks to start the second half was enough to secure the victory, as the Thunder were not able to cut into the deficit. 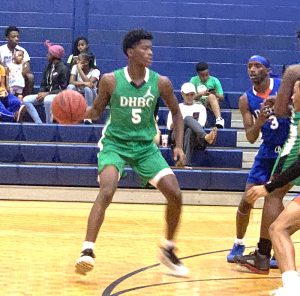 Quevoluia Willoughby runs the offense for the 17u Bucks.
Photo by Ken Gustafson

Trauntavious Robinson scored seven points. Kyric Davis had six and Ezaryan Edden chipped in two points for the Bucks in the winning cause.

Four players scored in double digits for the Thunder. Jordan Wiley led them in scoring with 19 points. Wallace Bradley and Jakontist Gordon each scored 17 and Elijah Westbrook had 12. 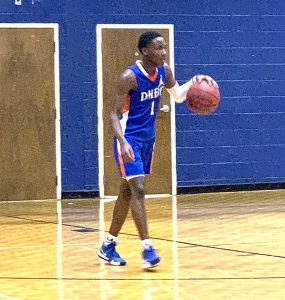 17u guard Wallace Bradley advances the ball up the court. Bradley scored 17 points in the loss to the Bucks.
Photo by Ken Gustafson