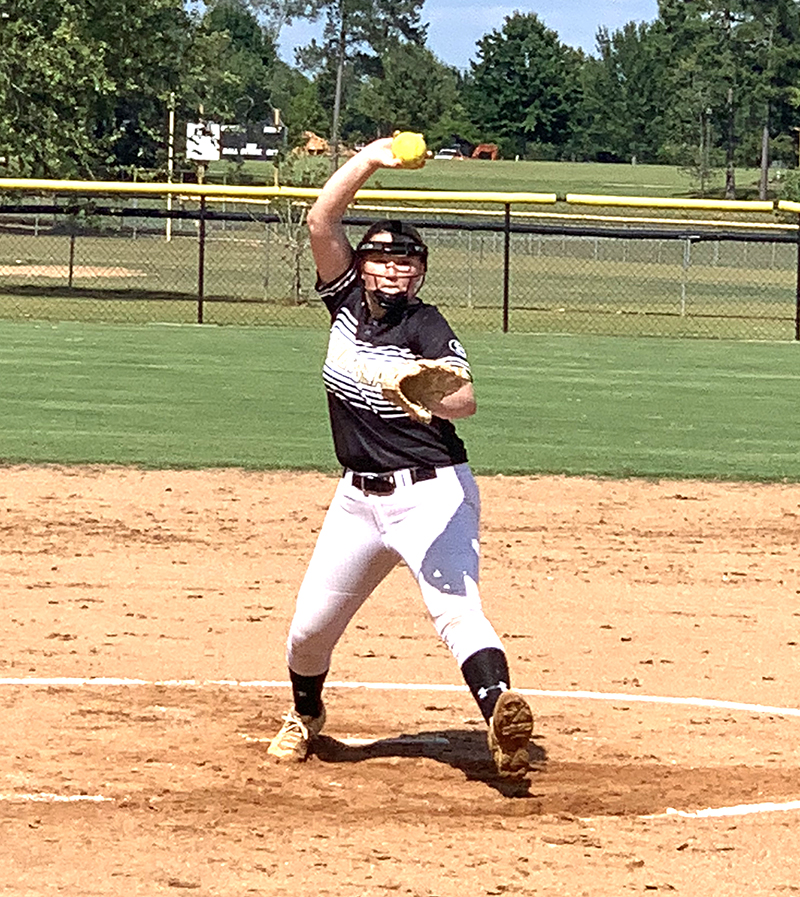 AMERICUS – Since early July, the Southland Academy Lady Raiders softball team has been playing scrimmage games against public and private schools in this area and as far away as Macon to get ready for the upcoming 2019 season.

On Wednesday, July 24, the Lady Raiders hosted Marion County (MC) in a two-game scrimmage at Southland Academy. The first game featured Southland’s varsity squad, while the second game featured primarily members of the Lady Raiders’ B Team. Each game only went five innings. MC won both games by scores of 4-1 and 7-0, but SA head coach Rusty Tondee has been noticing improvement throughout the pre-season. 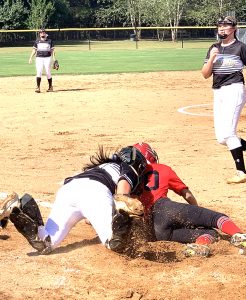 “Our pre-season has gone really good. We’re getting a lot of good work in. We got a lot of good cuts and taking our share of ground balls and everything. We’re working on the little things, the mental aspect of the game,” Tondee said. “We’re getting there. We’re making progress every day. All we ask our players to do is get 1 percent better than you were yesterday. I haven’t had a day in which I felt like we did not achieve that, so we’re getting where we want to be. The season starts next Friday in Dublin, where they really count. Of course, we’ll coach differently. Our players will play a little differently. We’re trying to do a lot of evaluation during this pre-season.”

During the pre-season, the Lady Raiders have played games against Marion County and Hawkinsville and will be playing Stratford Academy on Monday, July 29. 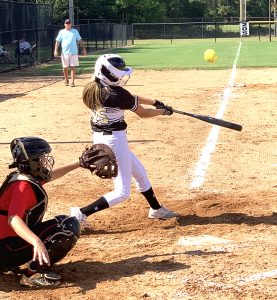 Southland junior Brookland Weaver drove in the only run in the Lady Raiders’ 4-1 loss to Marion County in Wednesday’s pre-season game.
Photo by Ken Gustafson

The season begins on Friday, August 2, when the Lady Raiders travel to Dublin, GA for a three-game, round-robin tournament. They will be playing Trinity Christian, the host school, as well as Brentwood Academy and Tiftarea Academy. All three games will be played on Friday, August 2. The Raiders will take on Brentwood at 10 a.m., followed by a game against Tiftarea Academy at 12:30 p.m. Their final game of the tournament will be against Trinity Christian at 2:30 p.m.

On Thursday, August 8, the Lady Raiders travel to Camilla, GA to take on Westwood at 4:30 p.m. The Lady Raiders will then play in a three-game, round-robin play day at Georgia Southwestern State University on Saturday, August 10. Their first two games will be against Southwest Georgia Academy at 10:30 a.m. and 12:30 p.m. Their third and final game will be against Westfield at 2:30 p.m.