Youngdale turns in a solid performance in final preseason tune up 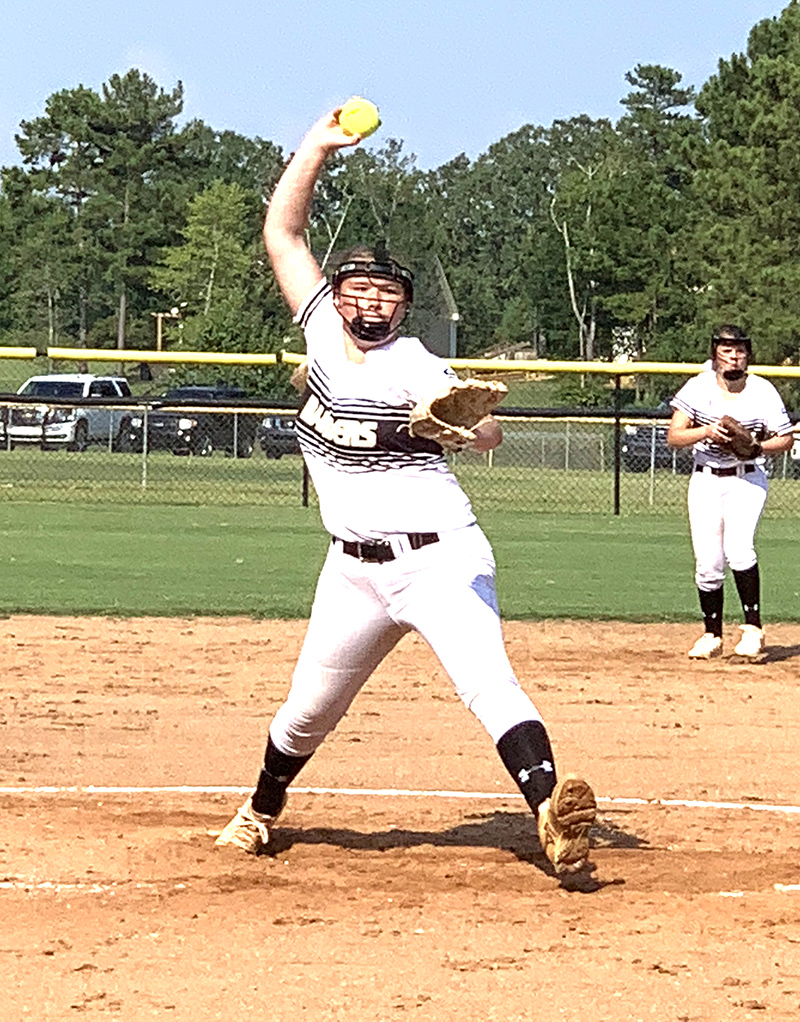 AMERICUS – Southland Academy (SA) senior pitcher Rylan Youngdale gave up two runs on five hits to lead the Lady Raiders to a 5-2 victory over Stratford Academy in SA’s final preseason tune up before the beginning of the regular season.

The game took place on Monday, July 29, at Southland Academy.

According to SA head coach Rusty Tondee, Youngdale’s performance was one of the best performances he has seen her pitch in the past two years.

“We had a really good game. We played well in all facets of the game,” Tondee said. “We had a great day on the mound by Rylan Youngdale…probably the best game I’ve seen her pitch in the two years she’s been pitching. She’s been working throughout the summer. She’s been working really hard on it, so it’s good to see that happen.” 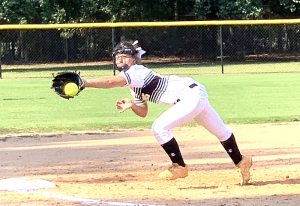 SA junior third baseman Alli Dent makes a great effort to snag a ball that was hit down the third base line. The ball ended up going foul.
Photo by Ken Gustafson

Tondee went on to say that his club played really well in the field and got timely hits late in the game. “It’s the best performance we’ve had in a summer game in the three years that I’ve been here as the head coach,” Tondee said. “I think it’s going to carry over and carry us into the season.”

Both teams were scoreless through the first four innings of the nine-inning scrimmage game. The Lady Eagles struck for two runs in the top of the fifth inning, but SA responded with three runs on two hits in the bottom half of the inning. They also took advantage of two walks and an error committed by the Lady Eagles.

Alli Dent led the Lady Raiders’ offense by going 2-for-4 at the plate with a bunt single, a double and a walk. 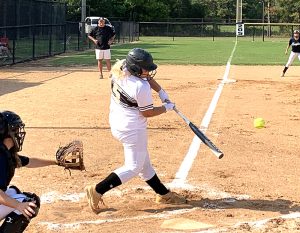 Junior Sara Beth Storey singled in the first inning. Storey went 1-for-3 with a single, a walk, a run scored and an RBI in the preseason win over Stratford Academy.
Photo by Ken Gustafson

Monday’s scrimmage game concludes the preseason for the Lady Raiders. It all begins for real when they travel to Dublin, GA on Friday, August 2, for a three-game, round robin play day at Trinity Christian School. Their first game will be against Brentwood Academy at 10 a.m. They will then take on Tiftarea Academy at 12:30 p.m., followed by their final game against Trinity Christian at 2:30 p.m.

“All three of them are playoff teams,” Tondee said. “We get to really go and see where we stand at the beginning of the season. It’s good to open up against good competition because it only makes you better.”