Lady Raiders notch first win of the season at Westwood 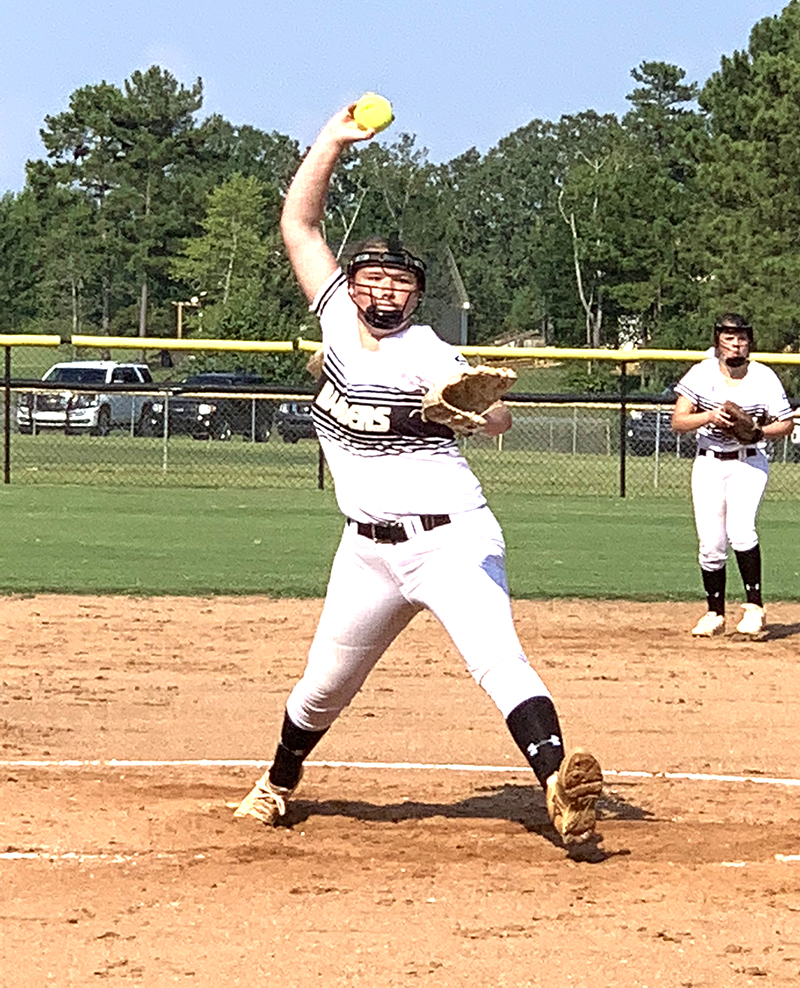 CAMILLA, GA – The Southland Lady Raider softball team (SA) got their first win of the season on Thursday, August 7, when they traveled to Camilla, GA and defeated the Westwood (WS) Lady Wildcats 4-1.

SA starting pitcher Rylan Youngdale had a dominating performance in the circle, allowing only one run on three hits over six-and-a-third innings of work. She struck out eight batters and walked only one.

The Lady Raiders scored their first run of the game in the top of the second. With one out, Katie Rogers singled to left field. Morgan Minick then hit a ground ball and reached on an error by the WS first baseman. This allowed Rogers to come all the way around and score.

The Lady Raiders added another run in the top of the third inning. Alli Dent led off the inning with a double down the left field line. Brookland Weaver then executed a sacrifice bunt, allowing Dent to advance to third. Sara Beth Storey then reached on another WS error, which allowed Dent to score to give SA a 2-0 lead.

The Lady Raiders added two more runs in the top of the fifth inning to take a 4-0 lead. Storey led off the inning with a double, followed by a single from Holly McCain. After Reese Roland popped out to short for the first out, Rogers belted a two-run single to right field. The Lady Wildcats scored their only run of the game in the bottom of the sixth, but the Lady Raiders were able to leave Camilla with the victory.

Rogers had a strong day at the plate for SA. She went 3-for-4 with a run scored and two RBIs. Storey went 2-for-4 at the plate and scored a run.

SA will compete in a tournament at the GSW softball complex on Saturday, August 10. Their first game will be against Southwest Georgia Academy at 10:30 a.m. Their second game of the tournament will be at 2:30 p.m. against Westfield.