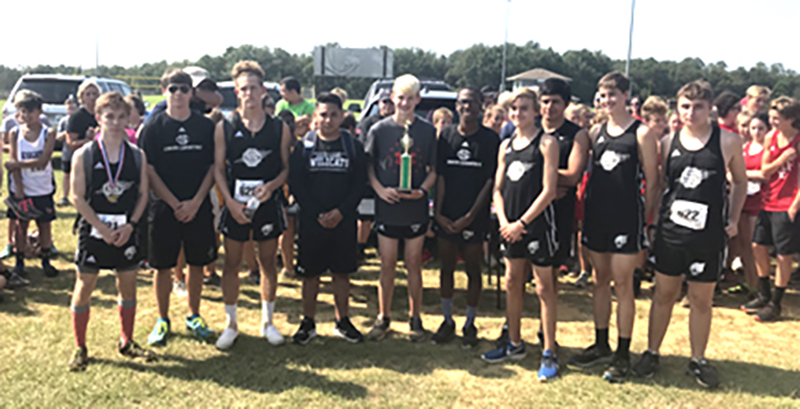 ELLAVILLE – The Schley County boys’ and girls’ cross country teams are ready for another exciting and successful year of competition. The boys’ team finished third in the state last year while the girls’ team finished in 12th place. Nevertheless, it’s a new year, and head coach Gabe Theiss is excited about the returning runners he has.

Coach Theiss will be looking to junior Aaron Pinckard for solid consistency this year. According to Theiss, Pinckard was the Wildcats’ most consistent runner a year ago, in spite of the fact that he was dealing with an ankle injury. “We’re hoping that he gets healthy and can give us some good times this year,” Theiss said.

Another strong runner that the Wildcats have returning is junior David Williams. Williams will be expected to repeat, if not surpass, the successful run of form that he had last year for the Wildcats. “David ended up being one of our top runners,” Theiss said.

Dustin Howard, who will be a sophomore this year, was also one of the top runners for SC last year and will be expected to improve on his performance. Theiss is excited about having all three of those runners back this year, but says that he is looking for two more runners to run good times this season. “We’ve got a lot of returning talent,” Theiss said. “With those three, we’ve got to find two more times to go in with those to score well.”

The Wildcats will embark on the 2019 season when they compete in their first meet at the Mid State Cross Country Classic in Perry on Saturday, August 17.

On the girls’ side, Theiss will have a few good returners coming back, but as of now, he only has four that have signed on for the 2019 season. “I’m still looking for girls to come out and run to fill out a team because you’ve got to have five runners to be able to score, but I should have that,” Theiss said. The most consistent runner for the Lady Wildcats last year was Kya Maclennon. According to Theiss, Maclennon, who is a sophomore, was his best female runner last year, but has been dealing with an injury. Sophomore Grace Hardage is another top returner who will be expected to produce excellent times this year for the Lady Wildcats. “We’ve got a good group of young distance runners,” Theiss said.

The Lady Wildcats will also be competing at the Mid State Cross Country Classic In Perry on Saturday, August 17. The Class A-Public State Meet for both boys and girls will be held on Saturday, November 2, in Carrollton, GA.

Both the boys’ and girls’ teams will also be competing in the Furlow Fast Feet Invitational on Saturday, August 24, at the Sumter County Parks @ Recreation (SCPRD) course. The SC boys’ team is hoping to win the meet this year. A year ago, they finished second to Pike County.