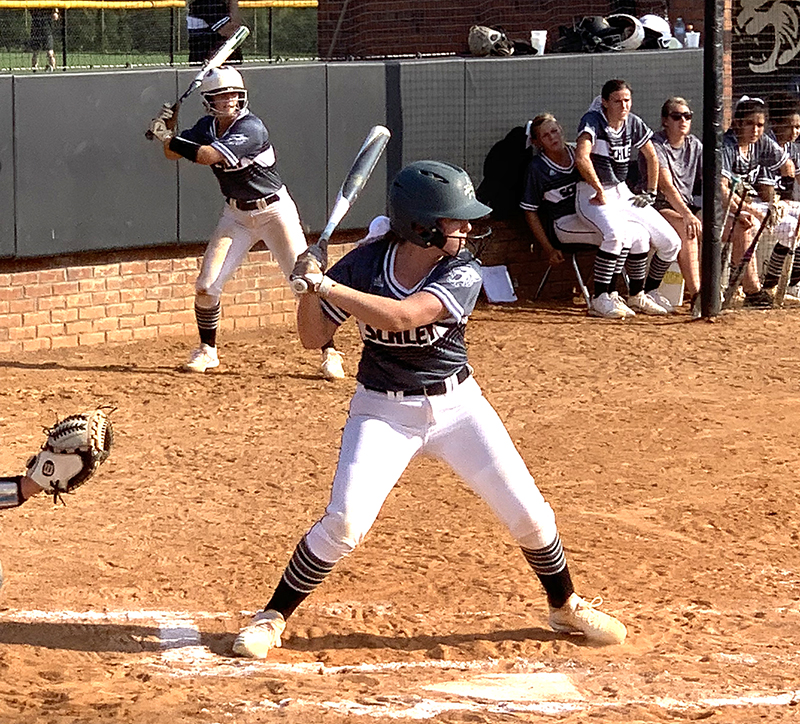 Schley County’s Landry Whaley belted a two-run home run in the top of the third inning to help lead the Wildcats to a 15-1 victory over Manchester. ATR Archive

MANCHESTER, GA – The Schley County Wildcat (SC) softball team scored eight runs in the top of the second inning on their way to a 15-1 shellacking of Manchester on Tuesday, August 13, at Manchester High School.

The Wildcats were able to take advantage of seven errors committed by the Blue Devils.

SC right fielder Tamia Kelley led the Wildcats’ attack by going 3-for-3 with a double, two RBIs and two runs scored. Both Saige and Landry Whaley homered in this game as well.