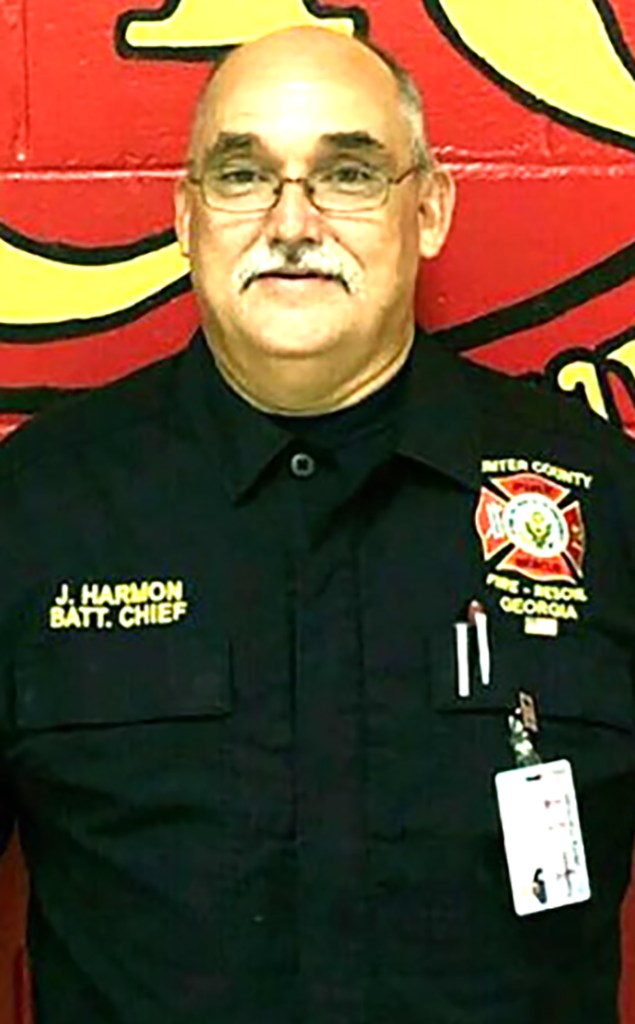 Former Sumter County Fire & Rescue Battalion Chief Jerry Harmon has been officially named as the new fire chief. The announcement was made at the Sumter County Board of Commissioners monthly work session on Tuesday.

Sumter County financial director, Janice Jarvis made the official announcement.  “ … I am very pleased to announce that I have selected Jerry Harmon as Sumter County’s new chief of Sumter County Fire and Rescue. Mr. Harmon will begin his duties as chief Aug. 18,” Jarvis told the BOC.

When asked if he had anything to say, Harmon simply said that he’s thankful for the opportunity to serve in that capacity.

According to information on SCFR’s Facebook page, Harmon, a native of Summerville, S.C., began his fire career service there in 1988. In 1989, he relocated to Sumter County, where he was employed with Americus Fire & Emergency Services as a firefighter, engineer, and captain. Harmon also served with the Americus Police Department for five years and served as County Code Enforcement officer for 14 years. He began working with SCFR in the role of training officer and Dive Team coordinator under former Chief Ekaitis and was promoted to battalion chief in 2018.

Harmon is married to Heather Harmon and the couple has five children, several of whom currently serve with SCFR.

During the time when each department head presents his/her report to the BOC, Harmon reiterated his gratitude for being chosen to serve as fire chief of SCFR. He then stated that SCFR is required by the state to have a minimum of 88 paid or volunteer firefighters on its staff. “I know Chief Ekaitis has talked to you about that magic number of 88,” Harmon told the BOC. “We’re still not there. We’re close. We’re still not there, but we’re working on it. We’ve got a class going on right now. We finish up a fire class; we start another fire class. This has been going on for about two years.”

Harmon told the BOC that if SCFR was unable to reach the number of 88 soon, the state would ultimately decommission a couple of fire stations. However, he said he believes that won’t happen any time soon because the state knows that SCFR is trying its best to staff at least 88 firefighters. According to Harmon, SCFR currently has around 79 firefighters.

Harmon also reminded the BOC that SCFR is planning an open house on Sept. 7 at the SCFR training facility located at the intersection of Ga. Highway 27 and Brickyard Road. The open house, from 10 a.m.-1 p.m. is open to the public. SCFR has a “burn building” at that training facility, and Harmon invited the commissioners to come out to the open house and participate in a burn simulation so that they can see and feel what it’s like for a firefighter to go into a burning building. The invitation to participate in the burn simulation is only open to the commissioners and the department heads. “We can get you in gear. We’ll get you an air pack and give you the opportunity. If you want to take the opportunity to do it, it’s open,” Harmon told the BOC. “You just need to get with us prior to that day so we can get you fitted for some turn-out gear. We’ll go over the air pack with you. We’ll just let you sit in there. We’ll start the fire.” Harmon said that he, along with several other SCFR instructors, would be on hand for assistance and that the simulation should only take about 10 minutes.

Also at Tuesday’s work session, a public hearing was called to consider a request from Verizon Wireless for a special exception for the construction of a 199-ft.  telecommunications tower. The tower would be located at 199 N. County Line Road in Americus. That address is right on the Sumter/Schley county line. Sundie Avery of the Sumter County Planning and Zoning Board (SCPZB) told the BOC that the SCPZB approved the special exception, but stipulated in their approval that the landscaping will need to be approved by the planning director. “This is a dead spot out there. It’s at the Sumter/Schley line,” Avery said. “There is a need for it out there. I’ve talked to Col. [Eric] Bryant and, like I said, there’s a dead spot.” Avery went on to say that Verizon Wireless plans to lease a 100 x 100-ft. area for the tower.

Michael Raia, a contractor for Verizon Wireless, told the BOC that the proposal is for a 199-ft., monopole-type self-support tower just barely south of the county line on County Line Road. “Verizon has identified there is a dead spot for coverage there,” Raia said. Board Chairman Clay Jones asked Raia when the construction of the tower would begin if approved. Raia said the construction would begin probably near the end of the year or during the first quarter of 2020, once other necessary studies are concluded. Jones asked if anyone wanted to speak in favor of or against the construction of the tower. No one spoke.

With that, Jones declared the public hearing closed.