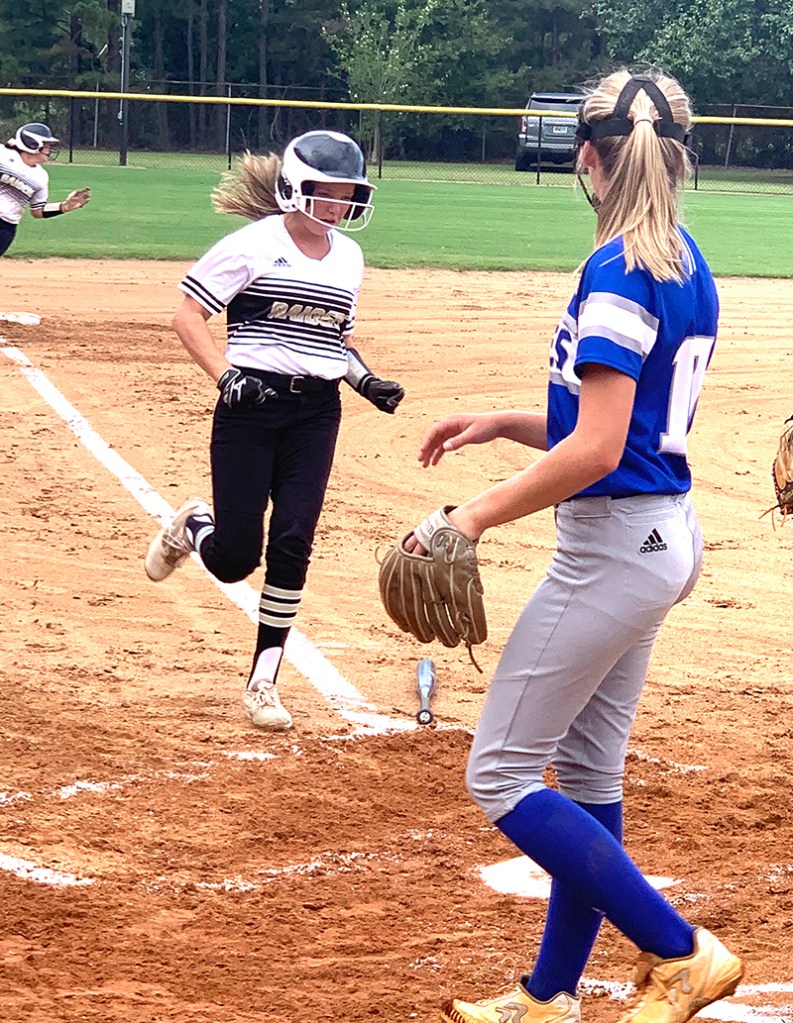 Southland Academy leftfielder Brookland Weaver is about to score one of her two scored runs in the 13-1 victory over Terrell Academy. Weaver went 1-for-1 at the plate with an RBI single in the second inning. Photo by Ken Gustafson

The Raiders cranked out six hits in the inning, including two RBI doubles by T.J. Bowden and Alli Dent, to put the game away. SA had a total of 11 hits in the game and took advantage of two errors committed by the Eagles. The Raiders also were able to take advantage of six walks issued by TA starting pitcher Alli Debary. 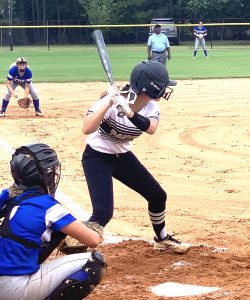 Southland first baseman Reese Roland went 3-for-3 at the plate with three singles, a run scored and three RBIs to help lead the Raiders to a 13-1 victory over Terrell Academy.
Photo by Ken Gustafson

However, even before the fourth inning, the Raiders had already established a 6-0 lead. In the first two innings, SA scored six runs on four hits, including a two-run double by Sara Beth Storey. They also took advantage of three walks and an error. 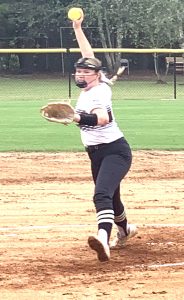 Southland Academy pitcher Rylan Youngdale had another solid outing for the Raiders. She gave up only one run and one hit to help lead the Raiders to victory.
Photo by Ken Gustafson

Three Raiders earned multiple hits in this game. Reese Roland led the Raiders’ offensive attack by going 3-for-3, scoring a run and driving in three others. Dent went 2-for-4 at the plate, scored two runs and drove in two RBIs. Storey had a solid day at the plate as well. She went 2-for-3 with three RBIs.

SA starting pitcher Rylan Youngdale was solid in the circle once again. Youngdale pitched all four innings and gave up only one run on four hits. She walked one and struck out one. 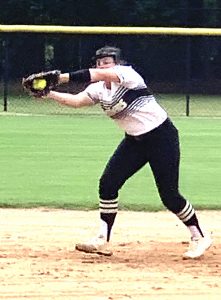 The Raiders are now 5-4 on the season and have won four out of their last five games. Their last loss was a 15-0 shutout at the hands of the defending GISA Class AAA State Champions Westfield back on Saturday, August 10. The Raiders will try to avenge that defeat when they travel to Perry to take on the undefeated Hornets on Wednesday, August 28. First pitch is scheduled for 6 p.m.