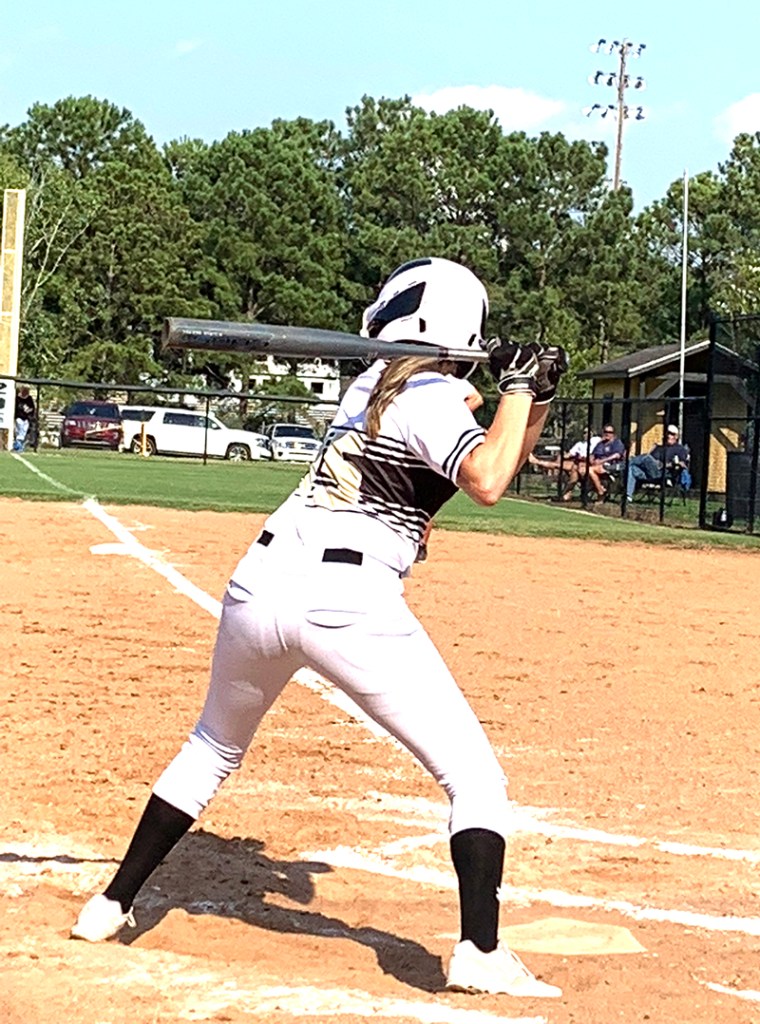 Southland Academy’s Brookland Weaver seen here batting in a previous game. Weaver went 1-for-2 at the plate and scored one of the Raiders’ two runs in the 10-2 loss at Westfield. ATR Archive

PERRY – After soundly defeating Terrell Academy 13-1 in a run-ruled game the day before, the Southland Academy Raider softball team (SA) took aim at undefeated Westfield (WS): the defending GISA Class AAA state champions. In the first meeting between the two teams, the Hornets shut out SA 15-0 on Saturday, August 10. Unfortunately for the Raiders, things didn’t go much differently in the rematch. They were not able to solve WS starting pitcher Sydney Langdon and fell 10-2 to the Hornets on Wednesday, August 28, at the Westfield School.

Morgan Weaver, Brookland Weaver, Holly McCain and Katie Rodgers each went 1-for-2 at the plate. Alli Dent also had a hit as she went 1-for-3 with a single. Sadie Hayes, Ellie Williams and Avery Adams each had multiple hits to lead the Hornets’ attack.

The Raiders (5-5) will try to get themselves back into the win column when they travel to Macon to take on Windsor Academy on Tuesday, September 3. First pitch is scheduled for 5 p.m.