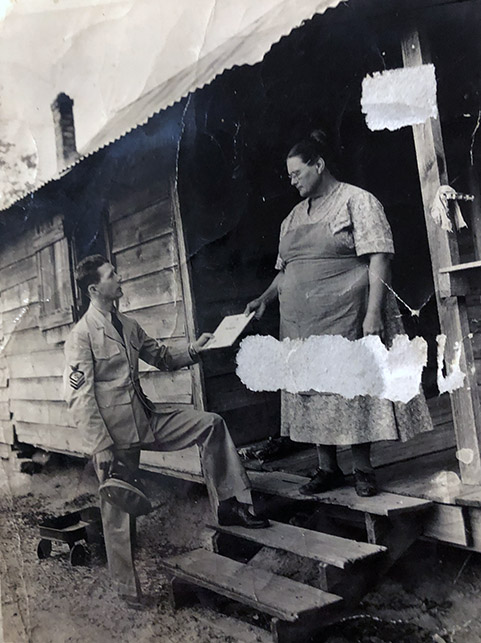 This photo, submitted by former state Sen. George Hooks of Americus, is of his father, the late Thomas B. Hooks III, who was a Chief Petty Officer with the U.S. Navy, in charge of the public relations and recruiting office in Augusta during World War II. Here, Hooks is shown delivering a letter to a rural home south of Augusta to the mother of three sailors killed in action in the South Pacific. George Hooks places the photo in 1943 of 1944. No one correctly identified the photo in Saturday’s edition. It was Bobby Harris, who launched his 10-year career in the U.S. Army in 1953, with training at Fort Sill, Okla.