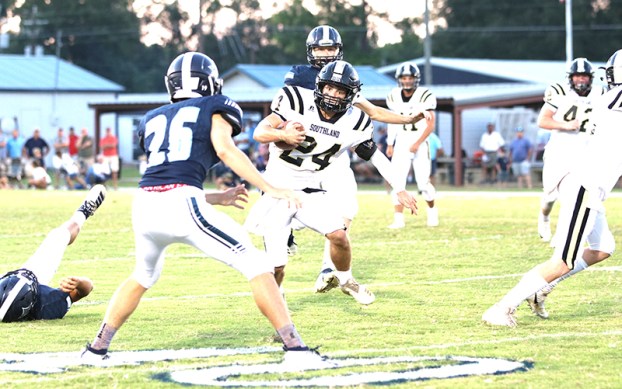 Southland Academy running back Clay Owens rushed for 140 yards and scored three touchdowns to lead the Raiders to a 30-21 win over Southwest Georgia Academy to begin the 2019 season. Photo by Sherri Bass

Raiders open the season with solid win over SGA

DAMASCUS, GA – The Southland Academy Raider football team (SA) started the 2019 season off on the right foot as they went down to Damascus, GA and defeated Southwest Georgia Academy 30-21 on Friday, August 30. 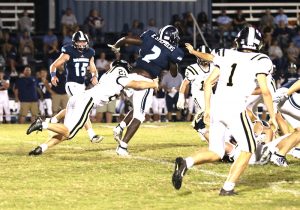 SA running back Clay Owens rushed for 140 yards on 19 carries and scored three rushing touchdowns to lead the Raiders’ attack. Wide receiver Luke Law caught two passes for 47 yards. One of those receptions was for a Raider touchdown. Law’s brother, SA quarterback Landon Law, completed 5-of 12 passes for 68 yards, including a touchdown and an interception.

On defense, defensive lineman Jake Kennon got the job done for the Raiders by tallying 11.5 tackles on the night. Defensive back Nathan Duke also made his presence felt by recording nine tackles and one interception. 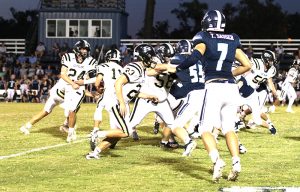 In addition to his offensive production, Owens also contributed heavily on defense as well. He recorded three tackles, forced a fumble and recovered two fumbles for the Raiders.

SA (1-0) will take the field at Harvey Simpson Stadium for the first time this season next Friday night, September 6. They will take on the Westfield Hornets, who fell to 0-2 on the season with a 19-14 loss to Deerfield-Windsor. Kickoff is scheduled for 7:30 p.m.