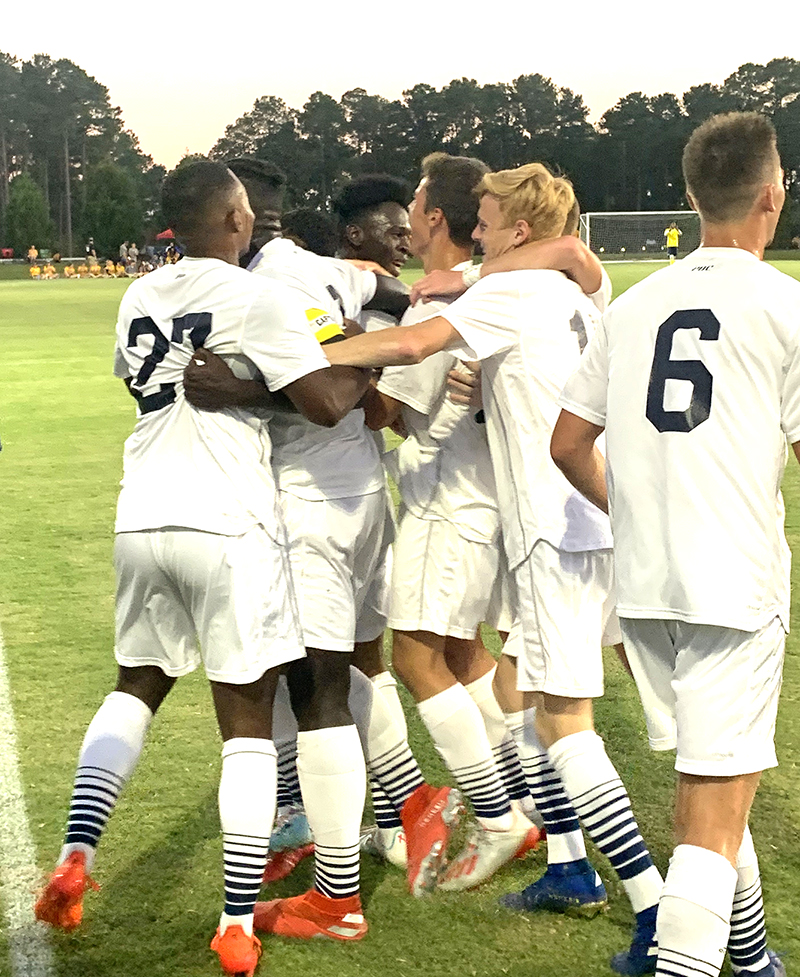 AMERICUS – Are you ready for some “futbol” (soccer)? The Georgia Southwestern State University (GSW) men and women’s soccer teams certainly were. On Thursday evening, September 5, both the Hurricanes and Lady Hurricanes began their 2019 seasons with victories over the men and women’s soccer teams from Brewton-Parker College (BP). The Lady Hurricanes defeated the Lady Barons 1-0 on a goal by sophomore midfielder Alisa Barr. The Hurricanes, on the other hand, got two goals from junior forward Bryan Zuniga to defeat the Barons 2-1 in a fast and physical game.

The day began at 5:15 p.m. with tailgating along the street separating the GSW softball complex and the soccer complex. Fans were treated to free hamburgers, hot dogs and drinks. At 5:30 p.m., the women’s game kicked off. It was an evenly played first half between both teams, but the Lady Hurricanes would get the upper hand. With approximately 29 minutes left in the first half, freshman defender Emma Carter got the ball off a GSW corner kick. Carter passed the ball to Barr, who shot the ball into the top left corner of the net to give the Lady Hurricanes a 1-0 lead. 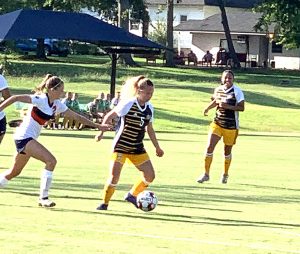 GSW midfielder Alisa Barr (5) scored the only goal of the match to give the Lady Hurricanes a 1-0 victory over Brewton-Parker College.
Photo by Ken Gustafson

Both teams created opportunities to score more goals throughout the game. With just under 20 minutes left in the half, GSW freshman defender Payton Johnson took a shot that went wide of the net. The Lady Barons began to put more pressure on the Lady Hurricanes’ back line as the half moved on and GSW sophomore goalkeeper Hannah Morrone had to come up with some big saves. In total, the Lady Hurricanes had six shots on goal in the first half and seven in the second half for a total of 13 for the game. BP had seven shots on goal in the first half and 10 in the second for a total of 17. Morrone ended the match with a total of six saves, while her counterpart, BP goalkeeper Maygan La, tallied four.

GSW head coach Enrique Rodriguez was extremely pleased to see the hard work that his team put in during preseason training pay off. “The kids did it. They’ve been working so hard all preseason,” Rodriguez said. “They finally believe and today, they make it happen…all of them…great result for them.” 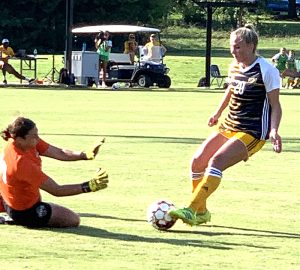 The Lady Hurricanes’ victory was a hard act to follow for the men’s team, but they were able to come through with a 2-1 victory. With a little over 30 minutes left in the first half, Bryan Zuniga took a shot from the top of the box and sent the ball into the bottom left corner of the net to give the Hurricanes a 1-0 lead. However, the Barons would not go away as they were able to create chances of their own. They would eventually get the equalizer when Alex Macias scored with a little over eight minutes remaining in the first half. Both teams went into halftime with the match tied at 1-1. 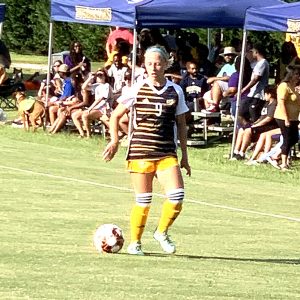 However, 10 minutes into the second half, BP’s Manuel Casanova fouled GSW junior forward Kellan O’Hara in the 18-yard box, resulting in a penalty kick being awarded to the Hurricanes. Zuniga calmly stepped up and deposited the penalty kick into the back of the net to give the Hurricanes a 2-1 lead and the win.

“I thought our guys battled hard for all 90 minutes. I don’t think we gave them (BP) anything. I think their goal was well-taken,” GSW head coach Eric Crawford said. Crawford was particularly impressed with BP forward Malik Wilkes, who posed a tremendous challenge for his team. “I think we identified their big players…#11 (Wilkes) on the left. He was tough to deal with,” Crawford said. “We shifted some things around in the second half and shut him down.” Crawford went on to praise the efforts and high-level play of O’Hara, Zuniga and junior forward Sean Mckeevar. “When you have high-level players like Kellan, Bryan, Sean, I mean, they’re going to get you their goals. It was a good day for GSW,” Crawford said. 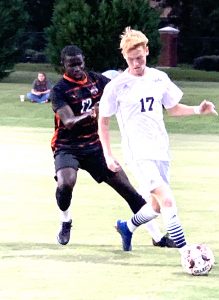 After the men’s match, the fans were treated to a magnificent fireworks show. It was a fitting end to a great day of soccer at GSW. 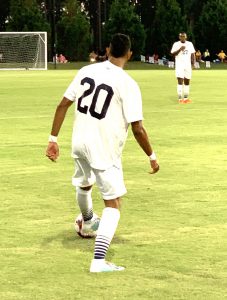 GSW junior forward Bryan Zuniga scored two goals to lead the Hurricanes to a 2-1 victory over Brewton-Parker to open the 2019 season.
Photo by Ken Gustafson

Both the Hurricanes and Lady Hurricanes will travel to Cochran, GA on Tuesday, September 10, to take on Middle Georgia State. The women’s match kicks off at 5:30 p.m., followed by the men’s match at 7:30 p.m. The next home matches for both teams will be on Saturday, September 14. The men will take the field first as they host Faulkner University at 5 p.m. The Lady Hurricanes will play in the nightcap match against Spring Hill College. Kickoff for that match is scheduled for 7 p.m.