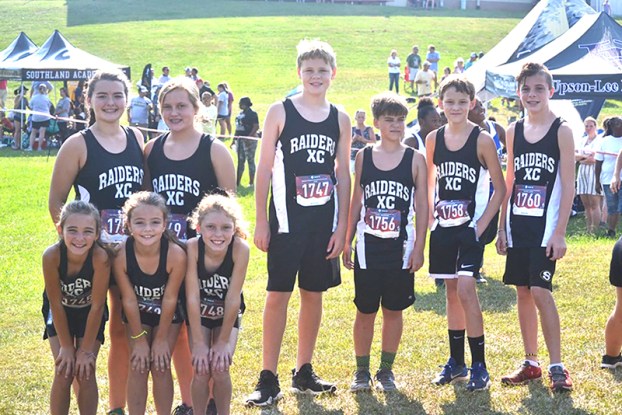 The SA girls’ varsity team finished in sixth place out of 12 schools represented with a total of 132 points. They were just four points shy of fifth-place finishers Upson-Lee, who finished with 128 points. In the sport of cross country, the higher a team places, the fewer points it accumulates. 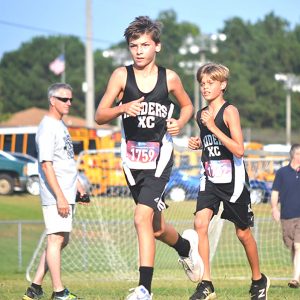 SA middle school runner Mac McMichael (1759) is pushing his way towards the finish line. His teammate, Bryant Roland (1762), is close behind him.
Submitted Photo

Southland had only two varsity boys competing in the meet, but both Tanner Humphrey and Gray Torbert turned in strong performances. Humphrey crossed the finish line in 26th place out of 103 runners in a time of 19:23.97. Torbert finished the race in a time of 23:08.82. 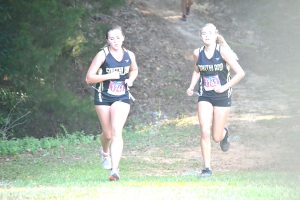 The Middle School teams were split up into varsity and junior varsity races in order to allow for the large number of athletes competing. The Lady Raiders’ Middle School varsity team finished in fourth place out of 14 schools represented. 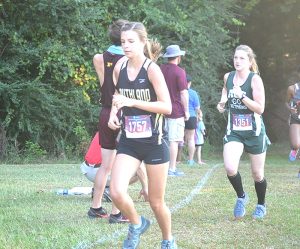 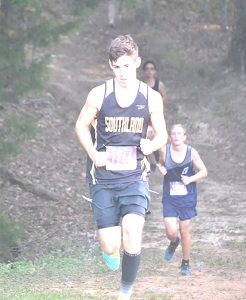 Southland varsity boys’ runner Gray Torbert fights his way towards the finish line. Torbert finished the race in a time of 23:08.82.
Submitted Photo

The JV Middle School Raiders didn’t have enough participants to place as a team, but the Raiders who participated ran well. Shaw Pinnell was the top SA finisher. Pinnell finished in seventh place with a time of 16:33, followed by William Kinney’s 10th-place finish (17:00). Matteson Debaise finished in a time of 18:20 and Luke McKie finished the race in a time of 18:59. 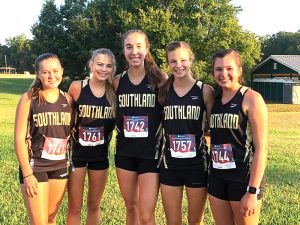 The Raiders and Lady Raiders will be back in action on Saturday morning, September 14, when they travel to Albany, GA to compete in the Deerfield-Windsor Invitational to be held at the Albany State West Campus.