WASHINGTON, D.C. — U.S. Secretary of Agriculture Sonny Perdue has announced that agricultural producers affected by natural disasters in 2018 and 2019, including Hurricane Dorian, can apply for assistance through the Wildfire and Hurricane Indemnity Program Plus (WHIP+). Signup for this U.S. Department of Agriculture (USDA) program will begin Sept. 11.

“U.S. agriculture has been dealt a hefty blow by extreme weather over the last several years, and 2019 is no exception,” Perdue said. “The scope of this year’s prevented planting alone is devastating, and although these disaster program benefits will not make producers whole, we hope the assistance will ease some of the financial strain farmers, ranchers and their families are experiencing. President Trump has the backs of our farmers, and we are working to support America’s great patriot farmers.”

More than $3 billion is available through the disaster relief package passed by Congress and signed by President Trump in early June. WHIP+ builds on the successes of its predecessor program the 2017 Wildfire and Hurricane Indemnity Program (2017 WHIP) that was authorized by the Bipartisan Budget Act of 2018. In addition, the relief package included new programs to cover losses for milk dumped or removed from the commercial market and losses of eligible farm stored commodities due to eligible disaster events in 2018 and 2019. Also, prevented planting supplemental disaster payments will provide support to producers who were prevented from planting eligible crops for the 2019 crop year.

WHIP+ will be available for eligible producers who have suffered eligible losses of certain crops, trees, bushes or vines in counties with a Presidential Emergency Disaster Declaration or a Secretarial Disaster Designation (primary counties only). Disaster losses must have been a result of hurricanes, floods, tornadoes, typhoons, volcanic activity, snowstorms or wildfires that occurred in 2018 or 2019. Also, producers in counties that did not received a disaster declaration or designation may still apply for WHIP+ but must provide supporting documentation to establish that the crops were directly affected by a qualifying disaster loss.

A list of counties that received qualifying disaster declarations and designations is available at farmers.gov/recover/whip-plus. Because grazing and livestock losses, other than milk losses, are covered by other disaster recovery programs offered through USDA’s Farm Service Agency (FSA), those losses are not eligible for WHIP+.

WHIP+ is only designed to provide assistance for production losses, however, if quality was taken into consideration under federal crop insurance or the Noninsured Crop Disaster Assistance Program (NAP) policy, where production was further adjusted, the adjusted production will be used in calculating assistance under this program.

Eligible crops include those for which federal crop insurance or NAP coverage is available, excluding crops intended for grazing. A list of crops covered by crop insurance is available through USDA’s Risk Management Agency (RMA) Actuarial Information Browser at webapp.rma.usda.gov/apps/actuarialinformationbrowser. 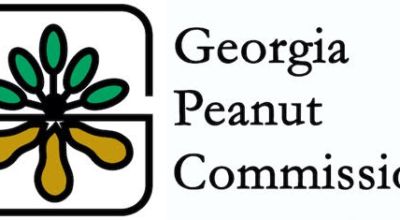