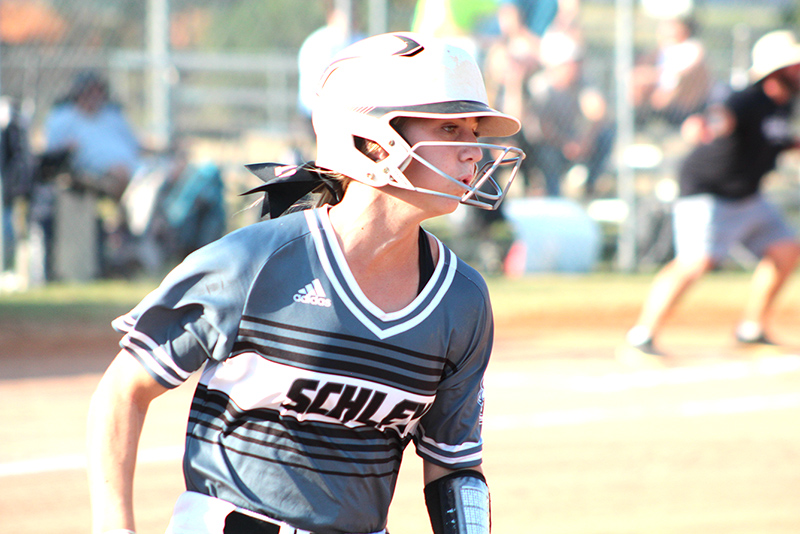 BUTLER, GA – The Schley County Wildcat softball team (SC) scored six runs in the top of the fifth inning to secure an 11-1 victory over the Vikings of Taylor County (TC) on Thursday, September 12, in Butler, GA.

Going into the fifth inning, the Wildcats already had a 5-1 lead. They scored one run in the first and four in the third. They scored six more runs on five hits in the top of the fifth and took advantage of two errors committed by the Vikings. Saige Whaley led off the inning by reaching on an error. Rene Rix followed that up with a single, putting runners at first and second with nobody out. Landry Whaley then knocked in a run on an RBI single, making the score 6-1 SC. 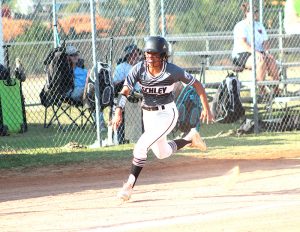 Schley County left fielder Nyiah Kelley rounds third base and scores. Kelley went 3-for-4, scored two runs and drove in an RBI in the Wildcats’ 11-1 win over Taylor County.
Photo by Sheila DeVane

Perri DeVane then reached on an error, which allowed Rix to score the Wildcats’ seventh run of the contest. Hannah Crawford then executed a sacrifice bunt, allowing another run to score to increase the lead to 8-1. The Wildcats continued the hit parade as Berkley Goodin singled in DeVane. After Tamia Kelley grounded out for the second out of the inning, Alexis Bradshaw knocked in an RBI single to give the Wildcats a 10-1 advantage. Nyiah Kelley then drove in the final run of the game on an infield hit.

Saige Whaley was able to retire the next three TC batters in order to complete the five-inning, run-ruled game.

For the game, the Wildcats scored 11 runs on nine hits and took advantage of five errors committed by the Vikings. 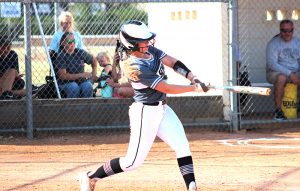 Schley County’s Rene Rix went 2-for-3, scored two runs and drove in another in the Wildcats’ 11-1 win over Taylor County.
Photo by Sheila DeVane

Saige Whaley had yet another solid day in the circle. Whaley gave up only one run on one hit, walked two and struck out six TC batters.

They will try to keep their winning ways going when they host Dooly County in a double header on Tuesday, September 17. The first game is scheduled for 4 p.m., followed by Game 2 at 5:30 p.m.

Raiders unable to come back from early deficit against…