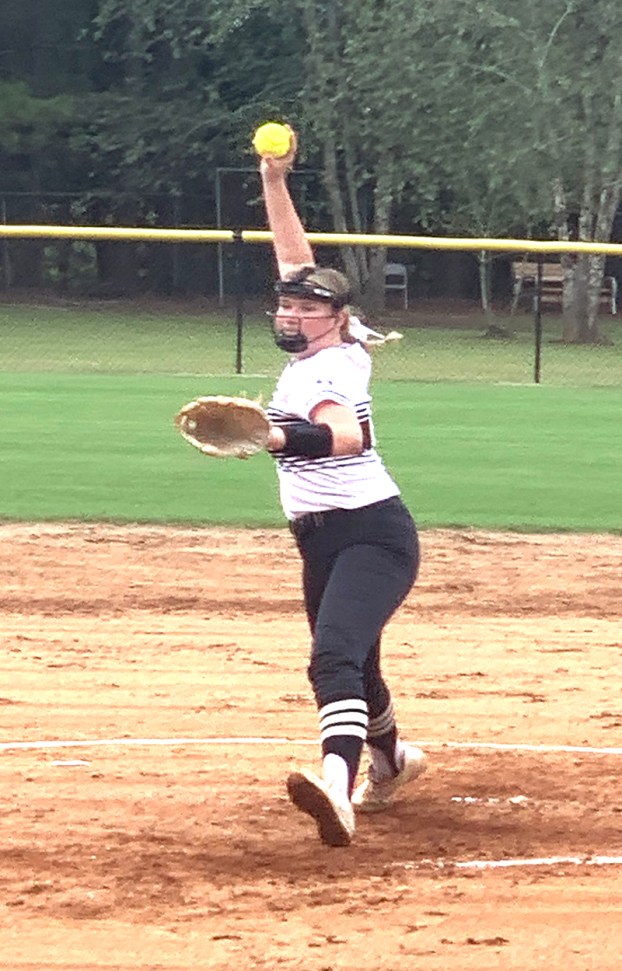 Youngdale struck out five BS batters and only walked one.

Offensively, the Raiders scored five runs in the third inning and four in the fourth to take control of the game en route to the shutout win. SA scored their first two runs of the game in the first and second innings. Alli Dent led off the bottom of the first inning with a triple. Sara Beth Storey would later drive in Dent on an RBI double for the Raiders’ first run of the game. In the bottom of the second, SA had a runner on third base with one out when T.J. Bowden belted an RBI double, scoring Holly McCain to give the Raiders a 2-0 lead. Then in the bottom of the third, the Raiders blew the game open with five runs on three hits and took advantage of an error and a dropped third strike. Both Storey and Morgan Minick notched singles in the inning and Brookland Weaver knocked in a run on an RBI double. 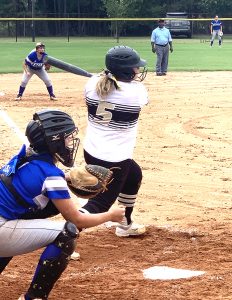 Southland Academy catcher Sara Beth Storey is seen here competing in a previous game. Storey led the Raiders’ offensive attack by going 3-for-3 with a run scored and three RBIs in the win over Brookwood.
ATR Archive

However, the Raiders were not done. They scored four more runs in the bottom of the fourth inning on three hits and took advantage of two walks. Storey, Weaver and McCain each knocked in runs on RBI singles to complete the 11-0 shutout.

The Raiders (7-7) will now turn their attention to the Knights of Deerfield-Windsor, who they will be hosting on Thursday, September 19. First pitch is scheduled for 4:30 p.m.