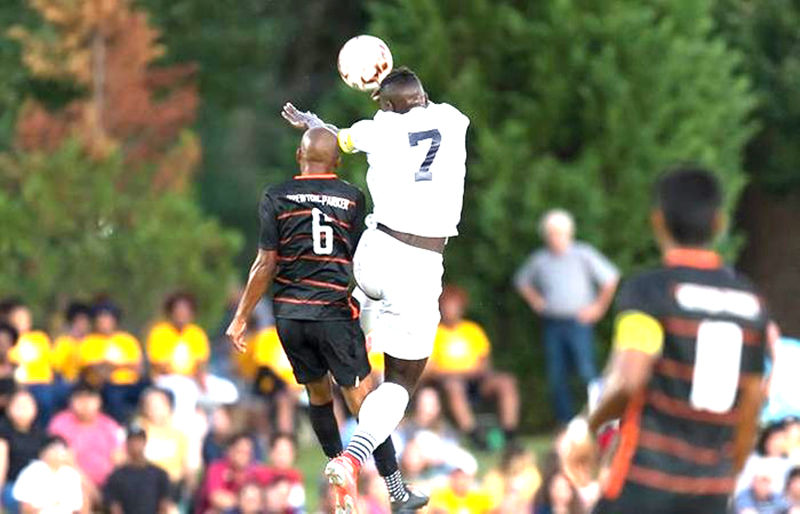 GSW center midfielder Raschaad Buchanan (7) goes up for a header in a previous game. Photo by Arthur Thompson

ROME, GA – Shorter University (SU) scored two goals in the opening 18 minutes of the first half, setting the tone for what ended up being a 7-0 drubbing of Georgia Southwestern State (GSW) on Saturday, September 21, at Ben Brady Field on the SU campus.

The Hawks scored goals in the fifth, 18th and 37 minute of the first half to take a 3-0 halftime lead. SU added four more goals in the second half en route to the 7-0 clean sheet (shutout) of the Hurricanes.

The Hawks were able to fire off a total of 10 shots on goal for the match. In contrast, the Hurricanes could only muster only one. SU midfielder Thallison Alex led the Hawks in scoring with two goals, while Zach Wyborn led them in assists with two.

GSW forwards Kellan O’Hara and Sean McKeevar took two shots a piece for the Hurricanes, with only one heading towards goal.

The Hurricanes will regroup and try to rebound with a win when they host Talladega College on Wednesday, September 25. Kickoff is scheduled for 7:30 p.m.