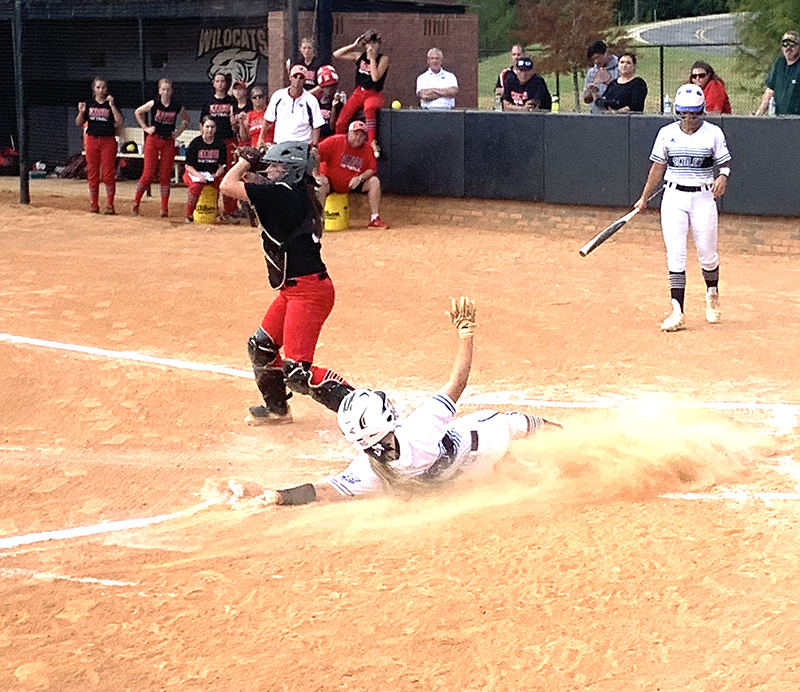 Schley County third baseman Perri DeVane scores the Wildcats’ only run of the game in a 7-1 loss to Marion County. Photo by Ken Gustafson

ELLAVILLE – It was a battle between the top two teams in Region 4-A. The Schley County Wildcat softball team (SC) came into Tuesday’s contest against Marion County (MC) owning the top spot in the region standings with a 10-1 region record, while the Eagles were in second place at 9-2. However, things changed as the Eagles used timely hitting and took advantage of six Wildcat errors to notch a 7-1 victory over SC on Tuesday, September 24, at Schley County High School. 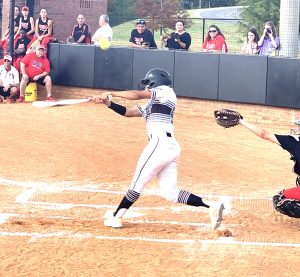 As a result, both teams are tied at 10-2 in the Region 4-A standings. However, the Eagles own the tiebreaker due to run differential. In the first meeting between these two teams, the Wildcats defeated MC 3-1 back on Tuesday, August 27, in Buena Vista. However, being that the Eagles won by six runs in the second meeting, they would win the tiebreaker for the #1 seed out of Region 4-A if both schools end up tied for the top spot at the end of the regular season.

The Eagles scored seven runs on nine hits in this game. The amount of hits tallied by the MC club was somewhat surprising to SC head coach Jody Sellars. “We did not anticipate them hitting the ball like that,” Sellars said. “Our goal was to score five runs because they (MC) don’t score more than five. They’ve won a lot of 2-1, 3-2 ball games. At the end of the day, we didn’t do what we had to do offensively…just never could get anything going. We hit a couple of balls well to the outfield. Their leftfielder made two really nice plays. Their centerfielder made a really good play going back on one in right center. At the end of the day, they did what they needed to do to win and we didn’t.” 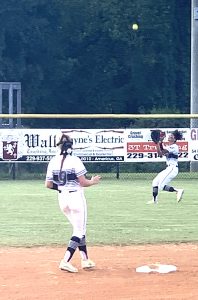 The Wildcats had an extremely difficult time trying to generate any offense against MC starting pitcher Brittany Foster. Foster pitched a no-hitter against SC. She allowed one unearned run and struck out six Wildcats while walking two.

The Wildcats scored their only run of the game in the bottom of the second inning. With one out, Perri DeVane drew a walk. After Zoe Molina struck out fore the second out, DeVane stole second base. Hannah Crawford followed that up by drawing another walk. However, DeVane was able to score on an error committed by MC third baseman Tori Green. Unfortunately for the Wildcats, they weren’t able to add to their lead as Tamia Kelley flew out to left field for the third out. 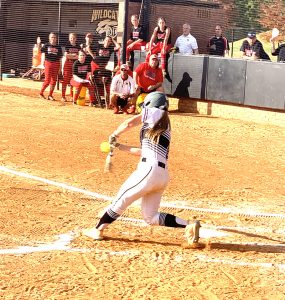 The Eagles tied the game in the top of the third inning. Lillie McCorkle led off the inning with a single and advanced to second base on an error by SC shortstop Darden Campbell. After Tori Green flew out for the first out, Madison Murray drove in McCorkle on an RBI single to tie the game at 1-1.

From then on out, it was all MC. The Eagles scored a run in the fourth, two in the fifth and three runs in the sixth to secure the 7-1 win.

In addition to her dominating performance in the circle, Foster led the Eagles offensively by going 2-for-4 at the plate with a run scored and one RBI.

SC starting pitcher Saige Whaley had a rough outing and did not get help from her defense. Whaley gave up seven runs on nine hits and four of those seven runs were unearned. She walked one batter and struck out another.

“We live to fight another day. We’ve still got two more region games,” Sellars said. “Obviously, we need somebody to beat them (MC) now to win region because they have the tiebreaker on us. All we can do is go back to work and try to win ball games.” 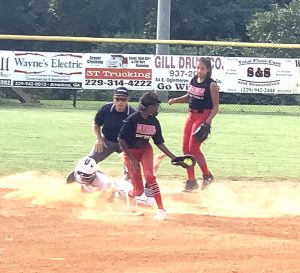 SC will try to rebound from Tuesday’s setback when they host Brookstone (11-11, 9-4) on Thursday, September 26. First pitch is scheduled for 5 p.m.