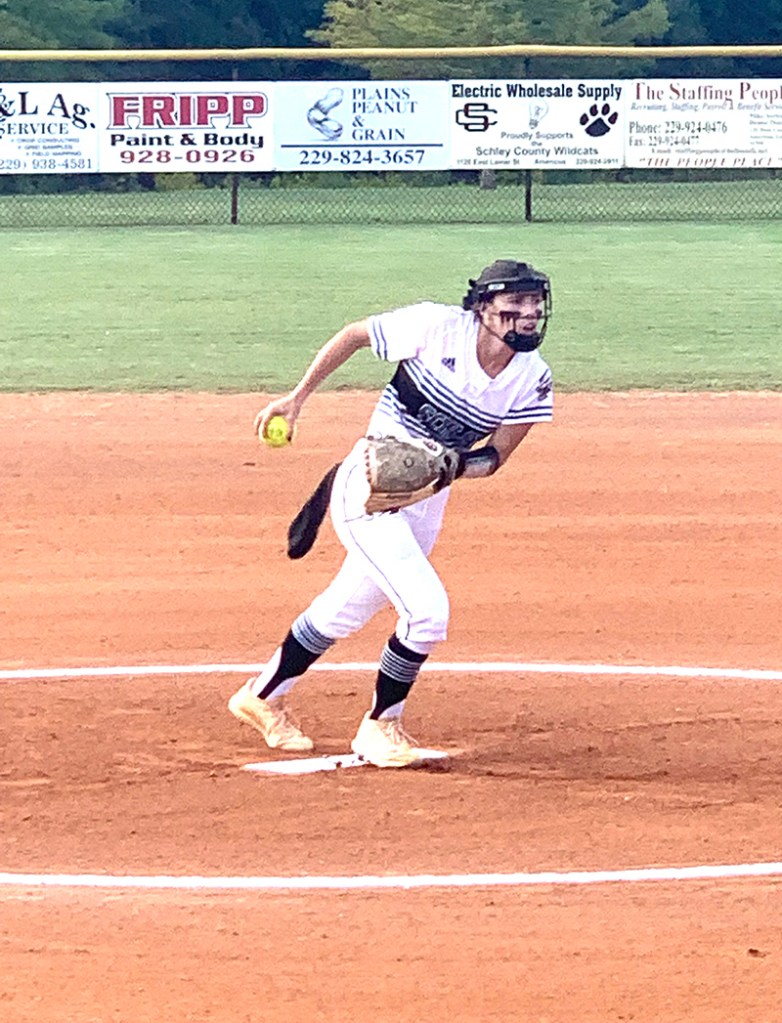 ELLAVILLE – Schley County starting pitcher Saige Whaley had a dominating performance in the circle as she shut out the Brookstone (BS) offense and only allowed one hit in leading the Schley County Wildcat softball team (17-5, 11-2) to an 8-0 victory over the Cougars on Thursday, September 26, at Schley County High School.

Nyiah Kelley and Rene Rix each went 2-for-3 at the plate with two runs scored to lead the Wildcat offense. Kelley also drove in two RBIs on the day. Landry Whaley also had a productive day at the plate, going 2-for-3 with an RBI.

The Wildcats jumped out to a 2-0 lead in the bottom of the first inning. With one out, Kelley singled to center field and Rix followed that up with an RBI double. Rix then advanced to third on an error by the BS right fielder. Saige Whaley then hit a sacrifice fly to right field, allowing Rix to score the Wildcats’ second run of the game. 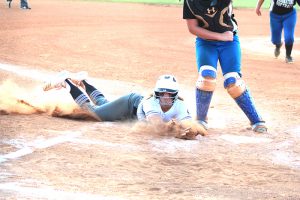 SC scored another run in the bottom of the second inning. Perrei DeVane led off the frame with a single and stole second base. After Berkley Goodin flew out for the first out, Hannah Crawford hit a sacrifice fly to right field, allowing DeVane to score. DeVane had already reached third base on the fly out by Goodin.

The Wildcats blew it open in the bottom of the third with three more runs. Alexis Bradshaw led off with a single and then stole second base. Nyiah Kelley then hit into a fielder’s choice, allowing Bradshaw to advance to third. Rix then belted her second RBI double of the game to give SC a 4-0 lead. Rix tried to steal third base, but was thrown out for the second out of the inning. However, Saige Whaley singled to keep the inning going. Landry Whaley then singled to left field, putting runners on first and second with two outs.

After DeVane reached on a fielder’s choice to load the bases, Goodin knocked in two more runs on an RBI single to increase the Wildcats’ lead to 6-0. 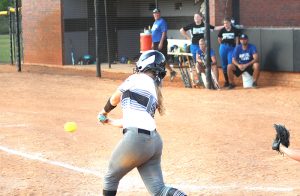 Schley County’s Rene Rix went 2-for-3 at the plate with two doubles and two RBIs to help lead the Wildcats to an 8-0 win over Brookstone.
Photo by Sheila DeVane

The Wildcats got two more runs in the bottom of the fifth. Nyiah Kelley led off the inning with a single and Rix reached on an error, allowing Kelley to score. After Saige Whaley grounded out, Landry Whaley drove in Rix on an RBI single to end the game at 8-0.

In total, the Wildcats scored eight runs on 10 hits and committed no errors, while the Cougars were shutout on the scoreboard and could only muster one hit. SC also took advantage of two errors committed by BS.

Up next for SC is a non-region contest at Crisp County on Monday, September 30. First pitch is scheduled for 5 p.m.