Raiders suffer first loss of the season against Heritage 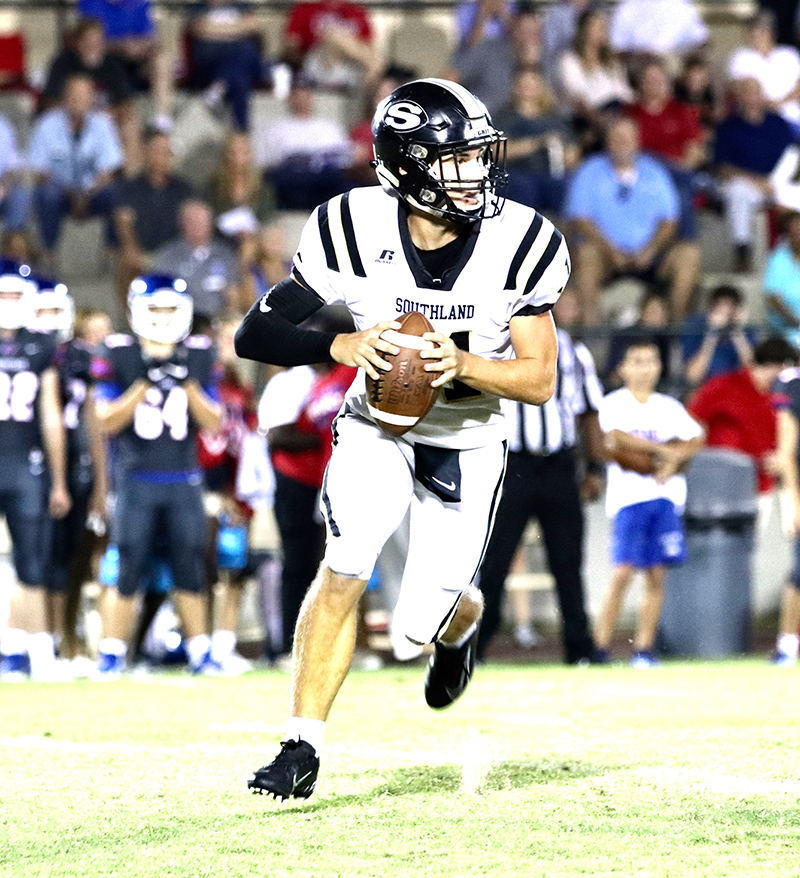 Southland Academy quarterback Landon Law is back to pass. Law was 10-for-20 for 51 yards in the loss at Heritage. Photo by Sheri Bass

NEWNAN, GA – After a week off, the Southland Academy Raider football team (SA) was looking forward to staying undefeated when they traveled up to Newnan, GA for a game against the Heritage School. However, the Raiders struggled offensively against the stout defense of the Hawks. As a result, they suffered their first loss of the season in a 22-6 setback on Friday, September 27, at the Heritage School (HS).

The first half was a defensive struggle between both teams, but the Hawks were able to get on the scoreboard first when running back Andrew Rich scored on a pitch option from five yards out. The extra point was good and the Hawks had a 7-0 lead at the half.

However, the Hawks took control of the game in the second half on both sides of the ball. They scored two second-half touchdowns to secure the 22-6 victory. 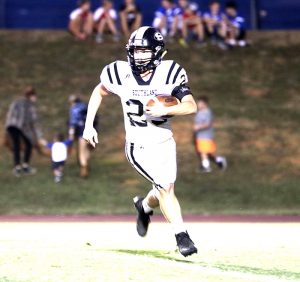 Southland running back James Griffin runs the ball against the Hawks.
Photo by Sheri Bass

Hunter McCain was able to give the Raiders their only points of the game on a one-yard rushing touchdown. The Raiders struggled to move the football, particularly in the running game. They could only rush for a total of 38 yards on 30 carries, while the Hawks rushed for 135 yards on 32 carries. SA running back Owen Exley rushed for 17 yards on six carries. Clay Owens rushed for seven yards on nine carries and SA quarterback Landon Law rushed for 12 yards on 12 carries. In the passing game, Law was 10-for-20 for 51 yards with no touchdowns or interceptions. His brother, Luke Law, led the Raiders in receiving yards. He caught five passes for 18 yards.

On defense, Hunter McCain had an active night for the Raiders. McCain led the team with nine tackles.

With the loss, the Raiders drop to 3-1 on the season. They will have another non-region game when they host Glenwood out of Phenix City, AL for Homecoming on Friday, October 4, at 7 p.m.