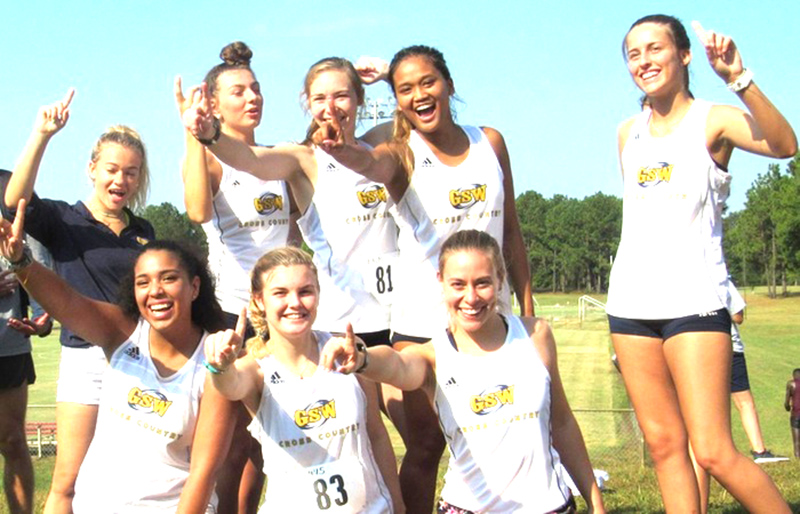 Quincy Mayer paced the Lady Hurricanes by finishing the 5k course with the ninth fastest time in program history (20:20) to take third place out of 54 competitors.

GSW placed three runners in the top eight to finish with 49 points ahead of Loyola University of New Orleans (70) for the team title. It marks the first time in program history that they Lady Hurricanes won a meet involving four-year schools. The only other victory came in 2014 when GSW took a triangular against a pair of junior colleges.

Catherine Hall was the second Lady Hurricane to cross the finish line. Hall finished in a time of 20:55, which was good enough for fourth place. Sarah Earley was the next GSW runner to cross. Earley finished eighth overall in a time of 21:56. Maddie Toth finished in 17th place with a time of 23:32. Connie Lewis edged out teammate Retchiel Roble by 0.6 seconds to take 21st and 22nd place respectively. Alex Exum finished in 26th place in a time of 24:22 and Nathalie Maralunda posted a time of 29:36.

Katie Dorton from Oxford College won the individual championship when she crossed the finish line in first place with a time of 20:14.

The Lady Hurricanes return to action on Friday, October 11, when they travel to Tallahassee, FL for the FSU Cross Country Invitational hosted by Florida State University.