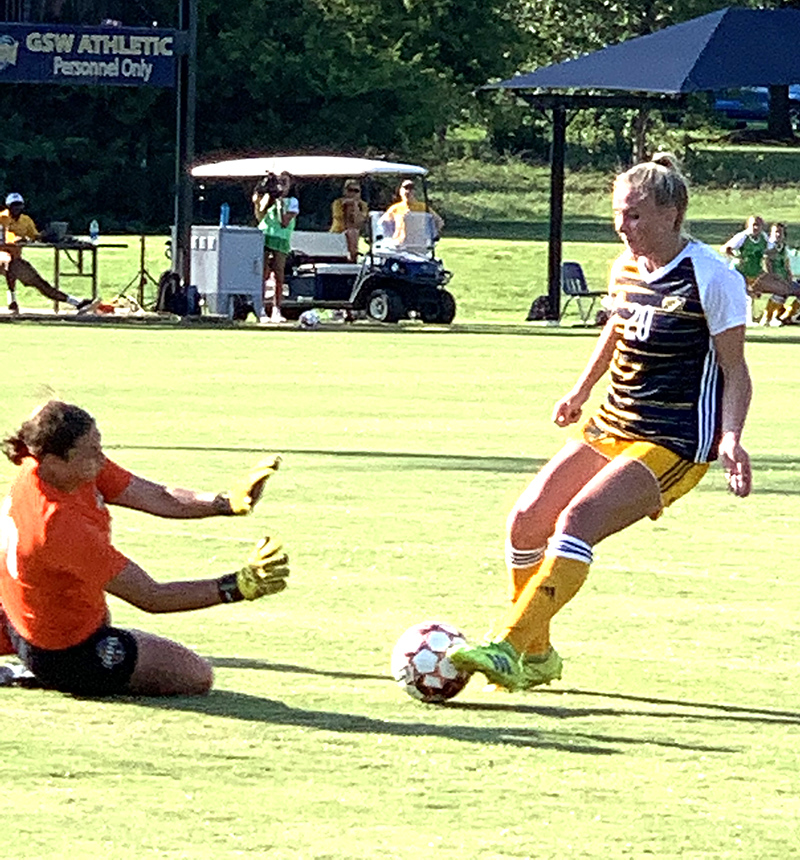 GSW junior midfielder Leila Hamed and freshman forward Payton Johnson led the Lady Hurricanes with six shots each. GSW outshot ASU 19-14 during the contest, with seven of those 19 shots being on goal. However, ASU had five shots on goal and two of those shots found the back of the net.

In the 33rd minute, ASU’s Thuto Ramafifi put the Golden Rams ahead by scoring off of a deflection. Then in the 65th minute, ASU got an insurance goal when Shana Brown-Jackson scored on a free kick.

With the loss, the Lady Hurricanes drop to 3-2 overall and are 0-1 in the PBC. They will try to get their first PBC victory of the season when they host Clayton State College on Wednesday, October 2, at 7 p.m.