Dwight Harris and the SCPRD both receive awards 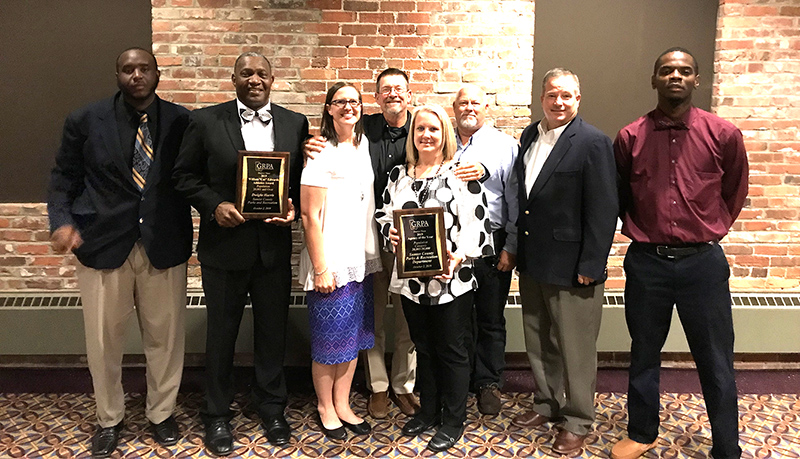 COLUMBUS, GA – The Georgia Recreation and Parks Association’s (GRPA) Third District awarded the Sumter County Parks and Recreation Department (SCPRD) with the Agency of the Year Award at a banquet held Wednesday evening, October 2, at the Columbus Trade Center.

There are 32 agencies within District 3, which covers all of Southwest Georgia from Columbus to Valdosta. “The Georgia Recreation and Parks Association congratulates Sumter County for receiving the agency of the year for District 3”, GRPA Executive Director Steve Card said. “This agency has been serving their citizens with quality programming and safe facilities for many years and they have a tremendous staff of recreation professionals. This award is a testimony to the support of their community, the administration and elected officials in Sumter County and the day- to-day dedication of their team at the SCPRD.”

The SCPRD has accomplished a great deal in the past two years, especially for an agency of their size. They’ve recently completed a $300,000 renovation of Willie Lee “Boone” Walton Park, a $350,000 addition to the Columns at Boone Park Community Center’s gymnastics facility and they currently have plans to construct a lighted covered batting cage facility. The SCPRD also has plans to add an additional football/soccer field during the next 12 months. 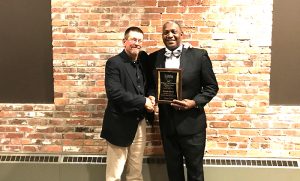 The youth sports programs at this agency are considered to be some of the very best in the entire state of Georgia. SCPRD Executive Director Tim Estes, Athletic Manager Dwight Harris and Recreation Manager Jeff Fussell have all obtained the Certified Youth Sports Administrator (CYSA) credential from the National Alliance for Youth Sports (NAYS). Sumter County teams have won multiple district championships and three state championships during the previous two years. They maintain approximately 300 acres of park land and a 40,000 square foot indoor facility. Maintenance Assistants John Dodson and Brandon Gooden work daily to ensure the facilities are clean and safe for the patrons. Sumter County is also home to a large gymnastics program, which is one of the few government-operated programs in Georgia. Melissa Singley coordinates this program and oversees a staff of eight part-time instructors. The SCPRD’s financial management and customer service is exemplary as well. Administrative Assistant Candice Jones and front desk clerk Corby Moore provide customers with all of the help they need to gain information and register for programs. “We are honored that our peers in GRPA have chosen the SCPRD as the district’s agency of the year”, SCPRD Executive Director Tim Estes said. “We are fortunate to have a Board of Commissioners that values recreation. We have county administrators who support our staff and we have a team of professionals who have a passion for what they do each day. All of this benefits the citizens of Sumter County and we look forward to continuing to progress parks and recreation in the years to come.”

In addition to the agency award, SCPRD Athletic Manager Dwight Harris was awarded the W. L. “Cut” Edwards Excellence in Athletic Programming Award. Harris coordinates the youth football, basketball and track and field programs, as well as the summer day camp program for Sumter County. These programs have excelled, both on the local level and at both the district and state levels. They have resulted in an increase in local participation and in district and state titles. “Mr. Harris has built a trust with our community. He coordinates and manages quality programs and our participants and their families appreciate the way Coach Harris goes about his business” Estes said. “This award is well deserved and has been earned through many hours of hard work. Dwight is a great example to the young people in our community and on behalf of all of our staff, we offer our congratulations to him”.