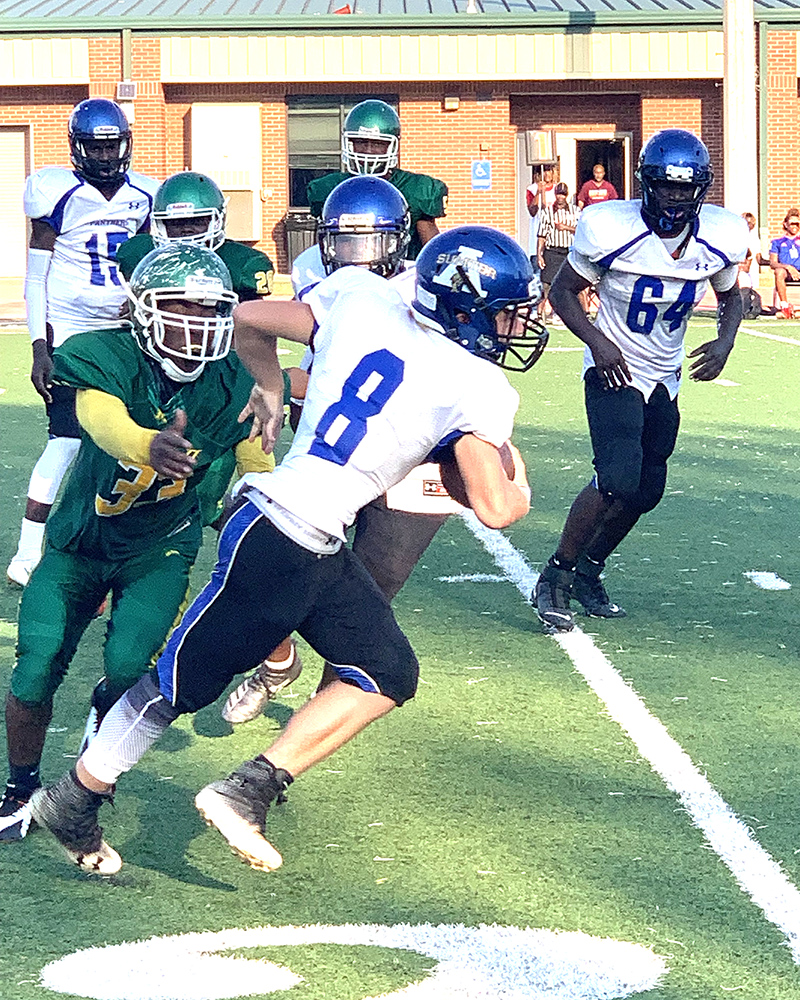 ASHS running back Gage Wooden runs with the ball and fights for yardage. Photo by Ken Gustafson

ALBANY, GA – The Americus-Sumter junior varsity football (1-4) team lost to the Monroe Tornadoes (MHS) by the score of 18-12 on Thursday, October 3, at Monroe High School in Albany, GA.

“We didn’t play bad, but we obviously did some things that weren’t technically sound, like not wrapping up on tackles,” ASHS head coach Kentrell Mercer said. “Offensive line play was mediocre. We’ve got a lot of young guys. A lot of guys played out of place. I’ve got a lot of defensive linemen playing on the O line, but there’s no excuse. Like I just told them, we have to do everything 110 percent. We’ve got to give maximum effort on every attempt that we’re on the field. Whether we’ve got guys playing out of place or not, we have to play at 100 percent effort. I felt like they didn’t give up.” Mercer went on to say that now that the JV season is winding down, he and his coaching staff are looking to see who on the JV squad will be able to help the varsity on Friday nights. 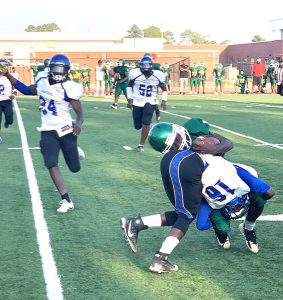 The Tornadoes got on the board first when McGill threw his first touchdown pass to Henderson. The two-point attempt was no good, but the Tornadoes had an early 6-0 lead.

The Panthers responded later in the half when Michael Holt recovered a fumble by MHS and ran the ball back for a touchdown. The two-point conversion attempt failed, but the Panthers had tied the game at 6-6. 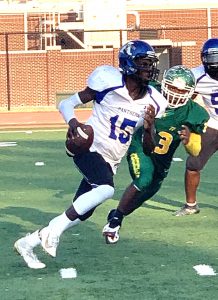 However, the Tornadoes struck again when McGill threw another long pass to Henderson for the go-ahead touchdown. The two-point conversion attempt was no good, but MHS owned a 12-6 lead at halftime.

MHS increased its lead in the second half when Andrico Jackson scored a touchdown. The two-point attempt failed, but the Tornadoes had increased their lead to 18-6.

With under a minute left in the game, the Panthers were able to cut their deficit when quarterback Cameron Evans scrambled 35 yards for a touchdown. The two-point attempt failed, but ASHS still had hope, as they had cut their deficit to 18-12. 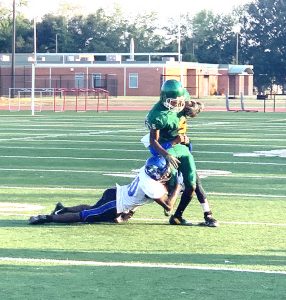 The Panthers tried an on-side kick to try to get the ball back to try to score in the waning seconds, but the ball was recovered by the Tornadoes, ending the game.

The ASHS Junior Varsity will host Crisp County on Thursday, October 10, at Alton Shell Stadium. Kickoff is scheduled for 5 p.m. 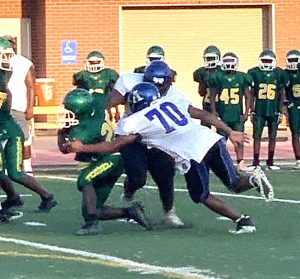 The ASHS varsity will resume action when they host Columbus High School on Friday, October 11, at Alton Shell Stadium. Kickoff is scheduled for 7:30 p.m.