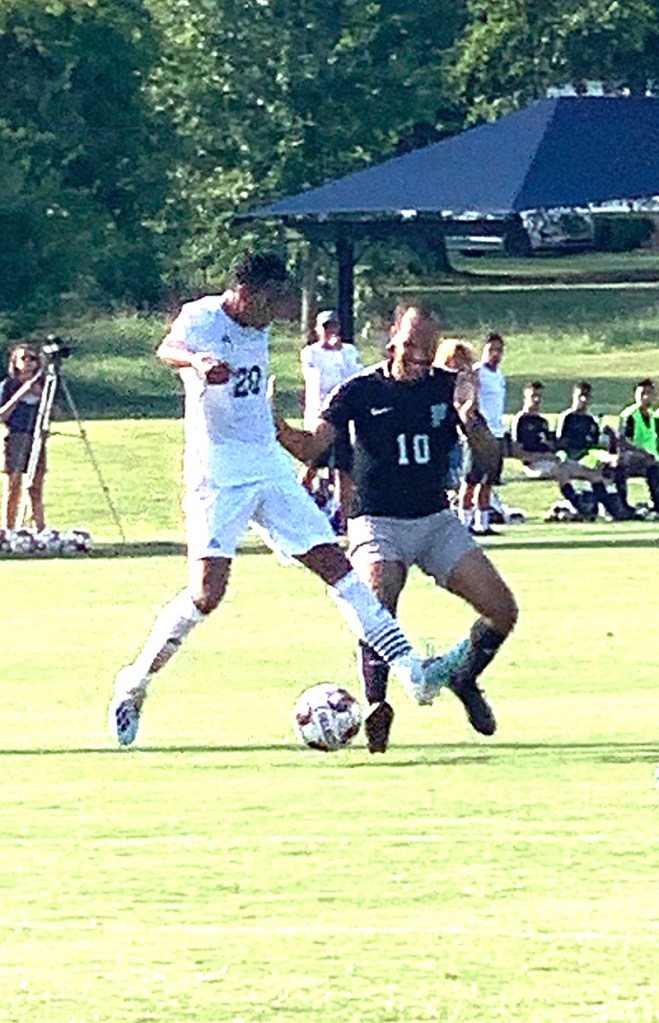 GSW’s Bryan Zuniga (20) had one shot on goal in the Hurricanes’ 2-0 loss to Clayton State. Photo by Arthur Thompson

AMERICUS – The Georgia Southwestern State University (GSW) men’s soccer team came into last Saturday’s match against Peach Belt Conference opponent Clayton State University (CSU) with the hopes of earning a win over the Lakers in their Peach Belt Conference (PBC) opener. However, CSU was able to get goals from Isaac Pimenta in the 34th minute and Geo Rios in the 50th minute to earn a 2-0 win over the Hurricanes on Saturday evening, October 5, at Hurricane Field.

The GSW back line was under siege for most of the day, as the Lakers were able to get off a total of 34 shots. On the other hand, the Hurricanes could only muster six shots for the match.

Pimenta’s goal in the 34th minute of action was unassisted and it gave CSU a 1-0 lead at halftime. However, 14 minutes into the second half, The Lakers earned a free kick. Ryan King passed the ball to Rios, who shot the ball into the far-left side of the net to secure the 2-0 win for CSU.

GSW forward Sebastian Da Silva led the Hurricanes in shots on goal with three. Both forwards Divin Moke and Bryan Zuniga also had a shot on goal. Though he gave up two goals, GSW goalkeeper Matthew Sherry tallied eight saves on the night.

They will continue conference play when they host 16th-ranked Young Harris College on Saturday, October 12. Kickoff is scheduled for 7 p.m.