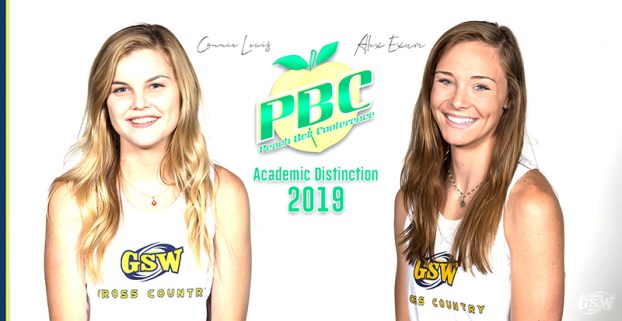 Lewis, a native of Crawfordville, FL, received academic distinction honors for the third consecutive year. She holds a GPA of 3.679 as a management major. Her best result to this point of the season was a 21st place finish that helped the Lady Hurricanes win the Willie Laster Meet in Albany, GA on Saturday, September 28.

Exum earned academic distinction in her first year of eligibility. The Ellaville, GA native currently holds a GPA of 3.395 as a biology major. Her best result to this point of the season was a 26th place finish at the Willie Laster Meet on Saturday, September 28.

The PBC Team of Academic Distinction (formerly the All-Academic Team) is part of a season-long program recognizing the outstanding accomplishments of PBC student-athletes in the classroom, as well as on the field.

To be eligible for the Team of Academic Distinction, a student-athlete must participate in at least half of his/her team’s events and be either a starter or significant contributor, achieved a 3.30 cumulative GPA on a 4.0 scale and completed at least one full academic year at his or her current institution.

No. 4 Flagler too much for Lady Hurricanes