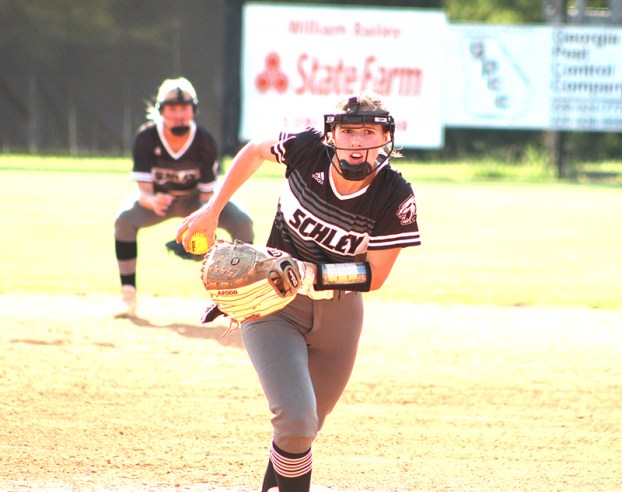 Schley County senior pitcher Saige Whaley was one of three Wildcats to be named to the First Team All-Region Team out of GHSA Class A-Public Region 4-A. ATR Archive

ELLAVILLE, GA – Several members of the Schley County (SC) Wildcat softball team were honored for their performances on the field during the 2019 season. Their leadership and play on the field were instrumental in leading the Wildcats to a 20-5 season in 2019.

“It’s a great testament to the hard work they have put in since June. They were all deserving and I couldn’t be happier for them getting the recognition they deserve individually,” SC head coach Jody Sellars said. “I had girls who were second team that weren’t satisfied and that is also a great testament to their strive to improve and get better, which encourages me greatly as a coach.”