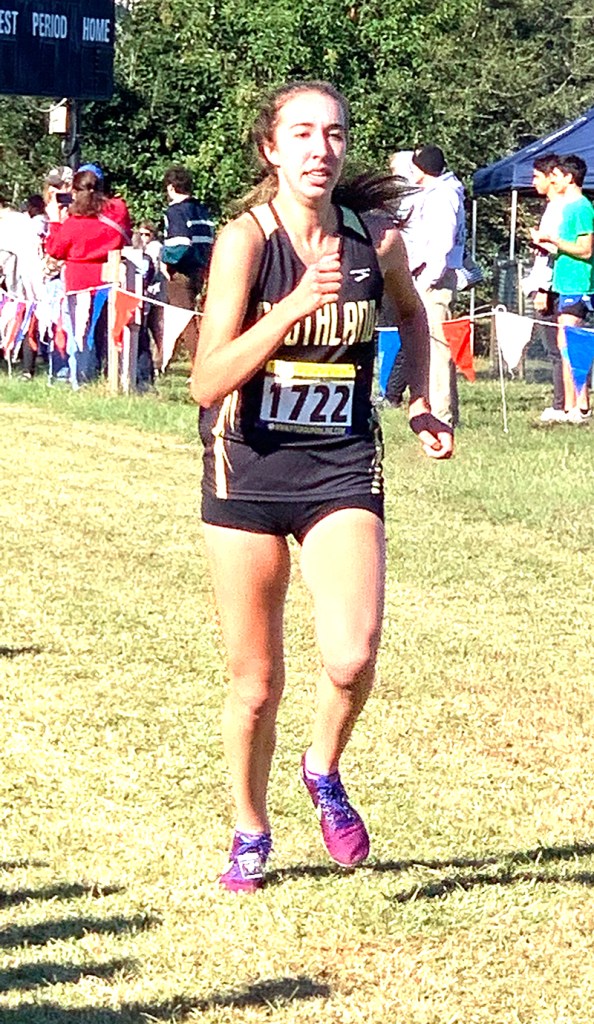 Southland Academy senior Ryleigh Bell finished in 10th place at the GISA State Championship meet with a time of 20:54.72. With this top-10 finish, Bell was able to help the Lady Raiders finish in sixth place overall. Photo by Ken Gustafson

ALBANY, GA – It was a great day for both the Southland Academy (SA) boys and girls cross country teams as both teams finished in the top 10 in the Class AAA standings at the Georgia Independent School Association (GISA) State Championship meet held on Saturday, November 2, at the Albany State West Campus in Albany, GA.

“I was extremely pleased with their performance,” SA head coach Angie Bell said. “They progressed well throughout the season and were able to peak at the right time. Most of my runners ran their best race of the season.” 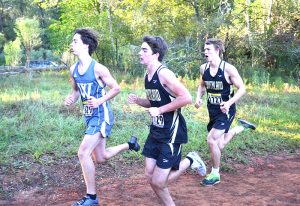 SA senior Ryleigh Bell capped off her stellar career with a top-10 finish. Bell finished in 10th place with a time of 20:54.72. According to Bell and other runners, the course at the state meet, unlike many of the courses the Lady Raiders ran during the season, was more flat, which enabled the runners to turn in faster times. “This one is definitely flatter than the last course I ran, but this one did have a lot of mud because it had rained previously so you had to work with that,” Bell said. “That was the only big difference. It’s flat and fast.” Bell was just two seconds behind ninth-place finisher Ellie Runyan of FA (20:52.37). Sovi Wellons of the Heritage School won the race to take the girls’ individual state championship in a time of 18:53.91. 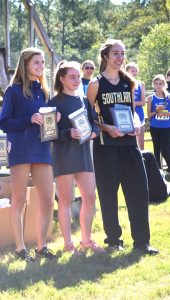 The next Lady Raider to cross the finish line was sophomore Elizabeth Law. Law finished in 24th place out of 90 competitors in a time of 22:30.12. She was one second behind Charlotte Truett of FA (22:29.01). 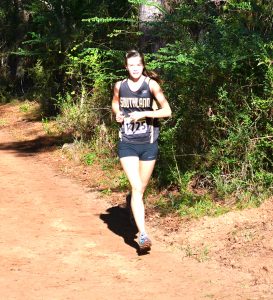 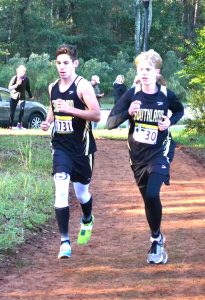 The Southland boys’ team finished the state championship in seventh place with a total of 212 points. They were able to hold off eighth-place finishers Frederica Academy (FA), who finished with 217 points. In the sport of cross country, the object is to score the fewest points possible. 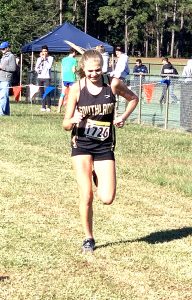 SA freshman Taylor Ragsdale turned in a solid performance at the GISA state meet by finishing the race in a time of 25:37.06.
Photo by Ken Gustafson 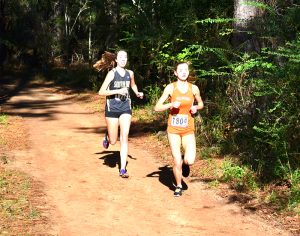 Southland senior Ryleigh Bell (left) is trying to pass a Valwood runner on her right during the GISA Class AAA girls’ race.
Photo by Angie Bell

Junior Max Foster was the first Raider to cross the finish line. Foster finished in 19th place in a time of 18:44.45. Freshman Tanner Humphrey finished two spots behind Foster in 21st place out of 96 competitors with a time of 18:57.56. For Humphrey, this was his best race of the season. 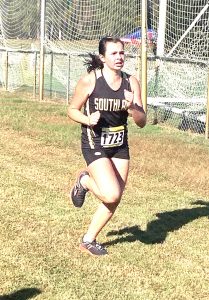 Southland sophomore Jadie Burrell sprints towards the finish line: Burrell finished in a time of 23:18.72.
Photo by Ken Gustafson

Humphrey said that the cold weather, along with the course being wet and damp, made it difficult for Humphrey, but he was able to push through. “We ran this one earlier this year,” Humphrey said. “It’s really flat and fast. It’s good. I like this course.” Humphrey was referring to the Deerfield-Windsor Invitational that both the Raiders and Lady Raiders ran in back in September. That meet was held on the very same course as the GISA State Championships. 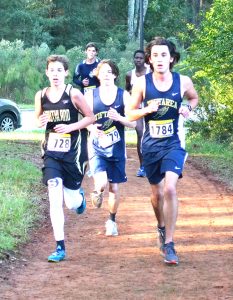 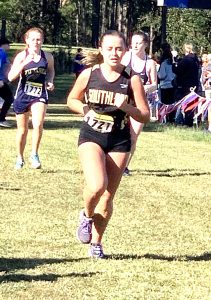 SA freshman Ella Arnold turned in a strong performance in the state meet by finishing in a time of 27:43.24.
Photo by Ken Gustafson

Eighth Grader Lee Graft also turned in a strong performance for SA by crossing the finish line in a time of 22:05.08. “I just tried to stay with the dude from Tift (Tiftarea Academy),” Graft said. Graft was referring to Freshman Ty Cowan of Tiftarea Academy, who edged out Graft by two seconds (22:03.91). 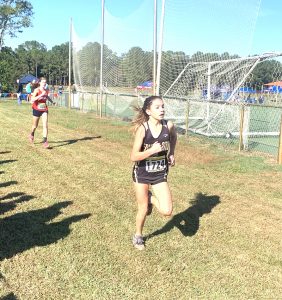 SA eighth grader Julia Clare Hubbard pushes her way towards the finish line. Hubbard finished the state meet in a time of 24:07.48.
Photo by Ken Gustafson

Now that the season is over, all of the SA runners will get ready for other sports, such as basketball. Many of them will hit the track in the spring for the Track & Field season. However, with the exception of Gray Torbert and Ryleigh Bell, the rest of the runners will be back next fall for another exciting season of Southland Academy Cross Country.