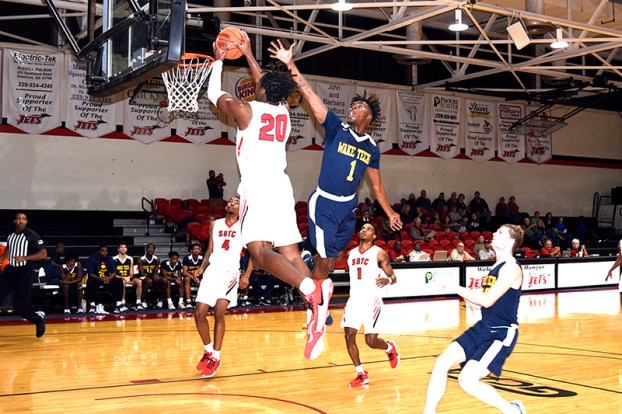 In the Jets’ win over WTC, freshman Lamont Sanders led the team in scoring with 17 points. Three other Jets were in double figures. Freshman Tabais Long had 14 points. Sophomore Justin Johnson scored 12 and freshman Austin Hadden chipped in 10. 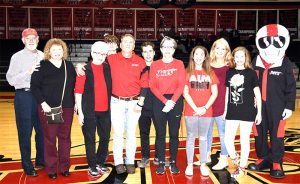 The Jets tried to duplicate their strong play against WTC with a win over TC in the second game, but fell to the Trojans by the score of 86-74. Once again, Sanders led the Jets in scoring with 15 points and sophomore Toriano Lewis scored 11. Jairus Carroll and Jalen Reynolds each chipped in eight points in the loss.

The Jets are currently 4-3 on the season as the slate of conference games draws near.

The inaugural Pete Arrington Classic is named in memory of dedicated Jets supporter and booster club member Pete Arrington, who passed away this summer. The Jets could always count on Arrington to lend his vocal support at nearly every game. SGTC and the Jets recognized Arrington’s family at halftime, including his wife, retired SGTC cosmetology instructor Martha Arrington, and his stepdaughter, current SGTC Athletics Coordinator Terri Battle. 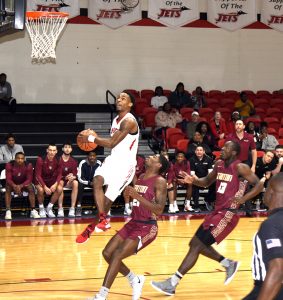 SGTC freshman point guard Lamont Sanders drives for a score against Triton College. Sanders led the Jets in scoring for both games in the Pete Arrington Classic.
Photo by Su Ann Bird

The Jets will travel to Ocala, FL on Wednesday, November 20, for a game against the College of Central Florida. Tip off is scheduled for 7:30 p.m.