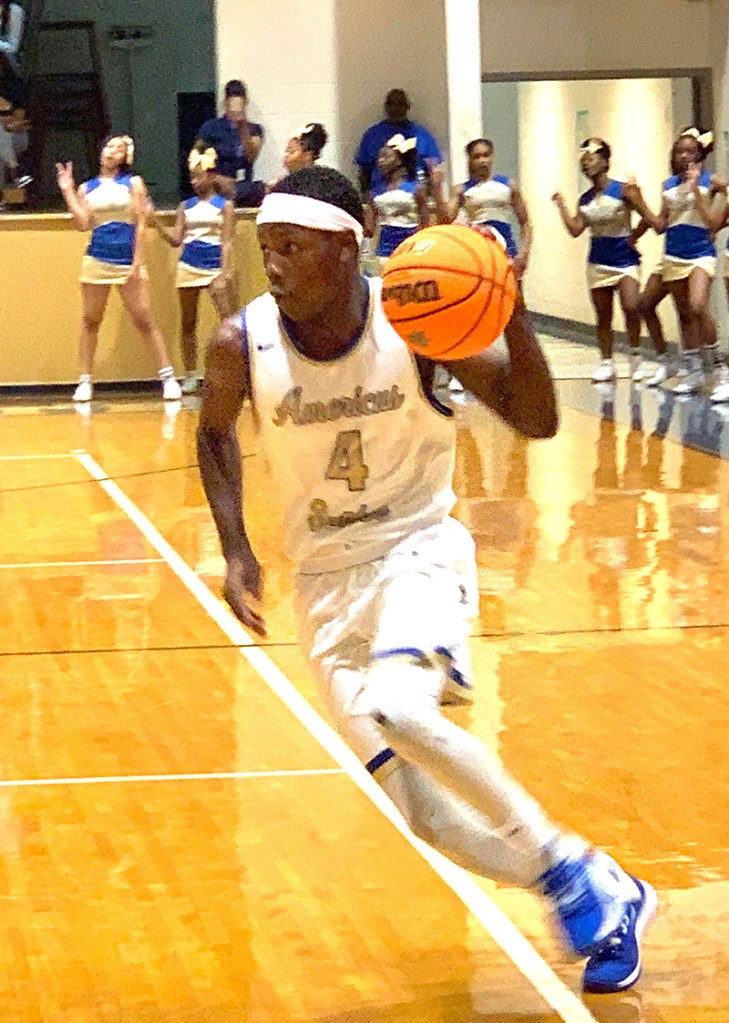 Americus-Sumter senior guard Trae Brown scored 20 points to lead the Panthers to a 68-56 over Lee County in the second meeting between the two teams this season. Photo by Ken Gustafson

AMERICUS – At the beginning of the rematch between Americus-Sumter and Lee County, it looked as if the Americus-Sumter boys’ basketball team (ASHS) was not going to allow Lee County (LCHS) to even think of winning this game. The Trojans battled back in the second half to make it close, but the Panthers held on to win 68-56 in the second meeting between the two teams on Saturday, November 30, at Americus-Sumter High School.

It was Le’Shanna Ross’s three-pointer with 5.4 seconds left that gave the Panthers a 49-47 win over the Trojans in the first meeting the week before.

For ASHS head coach Johnny Genwright, the key to the victory was playing with poise and composure. “My guys, they kept their composure. The chemistry looked really good,” Genwright said. “We kept our defense up and our defensive intensity. We were able to control the game and bring it back to the lead because they were chopping away. That was a great team we played in Lee County, but thanks to the guys. They kept the chemistry going. They made free throws and just had discipline.” 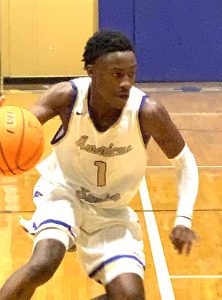 The Panthers had three players in double figures. Trae Brown led ASHS in scoring with 20 points and nine of those points came from beyond the arc. Le’Shanna Ross scored 13 points and both JaKontist Gordon and Wallace Bradley scored 11 points each.

With the win, the Panthers remain undefeated on the season at 5-0 and are 1-0 in Region 1-AAAA play.

The Panthers jumped out to an 11-1 lead, capped off with a three-pointer by Ross.

They continued to dominate the remainder of the first quarter and led 20-6 by the quarter’s end.

However, the Trojans went on a 13-6 run in the second quarter, capped off with a basket from Damon Favors. However, ASHS responded with an 11-6 run to close out the first half and led 32-25 at halftime.

Coming out of halftime, the Panthers jumped out to a 41-28 lead. The two teams traded baskets until Brown nailed a three-pointer with less than three minutes left to give the Panthers a 46-32 lead. However, just like in the previous meeting, the Trojans would not go away. M.J. Taylor drove to the basket, was fouled and converted the three-point play to cut the Panthers’ to 46-36 lead. However, with 1:24 remaining in the third, the Trojans came within eight at 48-40 on another three-pointer by Favors. With 4.1 seconds left in the third, Favors struck again with a three-pointer to keep the Trojans within striking distance. They trailed ASHS 50-43 to begin the final quarter. 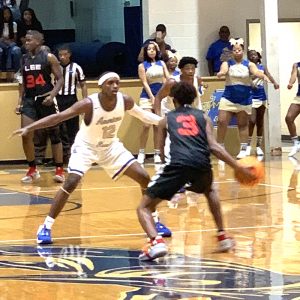 However, in the fourth quarter, the Panthers went on an 11-3 run that would effectively seal the game. Early in the quarter, the Trojans pulled to within four at 50-46 on a three-pointer from Taylor. However, Bradley pushed the Panthers’ lead back up to six as he drove to the basket for a layup. Shortly thereafter, JaKontist Gordon scored, was fouled and converted the three-point play to give ASHS a 55-48 lead. Then with 4:33 to go in the game, Quevoluia Willoughby scored as he drove to the basket and was fouled. Willoughby sank the free throw to give ASHS a 58-48 lead. Gordon then hit another three-pointer to increase the Panthers’ lead to 61-49 with les than three minutes left.

However, LCHS would not quit. Nick Dixon nailed a three-pointer to pull the Trojans to within seven at 61-54. In order to win, the Panthers would have to take care of the ball down the stretch and capitalize on scoring opportunities.

With 47.2 seconds left, the Trojans’ Kristen Mason had a chance to cut into the Panthers’ lead at the free-throw line, but made only one of two foul shots. At the other end, Brown was fouled and made both free throws to extend the ASHS lead to 64-55.

At this point of the game, the Trojans kept fouling to stop the clock and forcing the Panthers to seal the game at the foul line. Bradley was able to do just that as he made two of three foul shots to seal the 68-56 victory for ASHS.

With the loss, the Trojans drop to 3-2 on the season. They were led in scoring by Favors with 22 points. Taylor was also in double figures as he scored 19 points.

The Panthers will try to stay undefeated when they host Columbus in a region matchup on Tuesday, December 3, at 7:30 p.m.

Retraction in article on Ricky Burgess Night at GSW