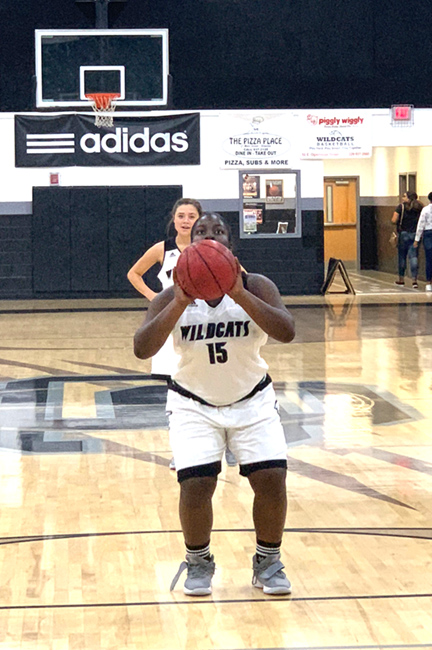 BUTLER, GA – The Schley County Lady Wildcat basketball team (SCHS) got the 2019-2020 season off to a good start when they went up US Highway 19 to Taylor County (TC) and defeated the Lady Vikings 41-29 on Tuesday, December 3.

Both Dasani Minter and Berkley Goodin led the Lady Wildcats in scoring with 10 points each and Patience Solomon chipped in nine.

The first half was a closely contested half, with SCHS having a 20-17 lead at halftime. However, the Lady Wildcats outscored TC 10-4 in the third quarter. That third quarter performance by SCHS would effectively seal the game for them. The Lady Vikings were not able to make a serious run for a come-from-behind victory in the fourth quarter. As a result, SCHS left Butler, GA with a 41-29 victory.

Being that it was a region game, the Lady Wildcats are also 1-0 in the Region 4-A standings.

Up next for SCHS is a home game against another Region 4-A opponent: Dooly County. That game will take place on Tuesday, December 10, at 6 p.m.