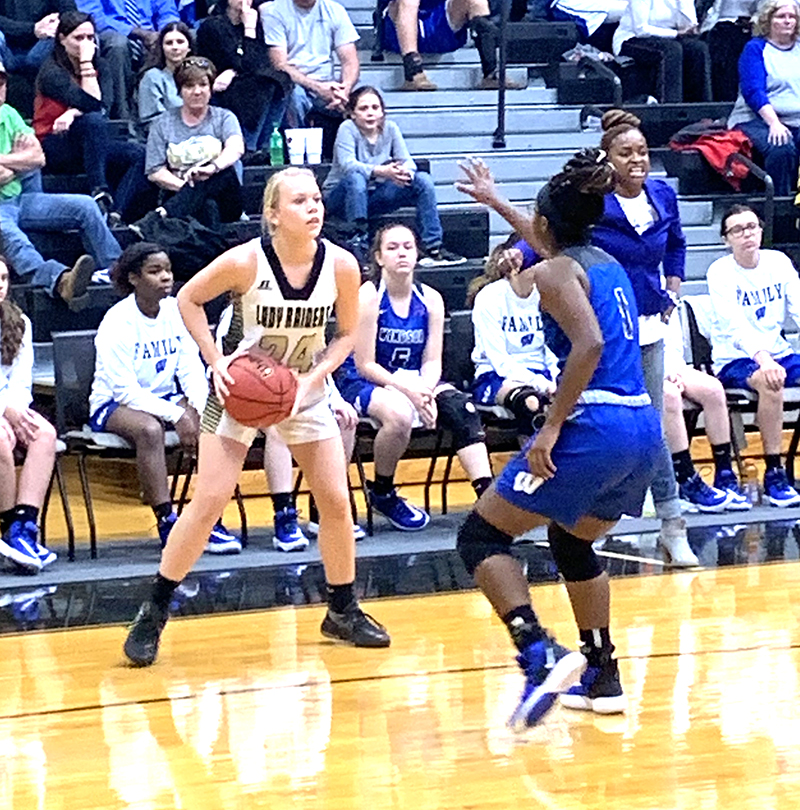 Southland Academy guard Maddie Crisp scored 15 points, dished out three assists and came up with three steals to lead the Lady Raiders to a 45-31 victory over Crisp Academy. ATR Archive

With the win, the Lady Raiders stay undefeated at 5-0.

The Lady Raiders had to overcome some adversity in this game as forward Holly McCain suffered an ankle injury in the first quarter.

“Our girls pulled together and kept playing hard to come out with a good win,” SA head coach Ty Kinslow said.

In addition to Crisp’s 15 points, Riley Mitchell was also in double figures. Mitchell scored 11 points and came up with three steals in the game. Haleigh Warren chipped in nine points and three steals on the night for SA.

The Lady Raiders jumped out to a 30-16 lead at halftime. While the second half was evenly played between both teams, the Lady Bobcats were not able to make a serious run to overtake the Lady Raiders. As a result, SA went on to win 45-31.

Up next for the Lady Raiders is a trip down to Thomasville for the Brookwood Holiday Hoops Shootout Friday and Saturday, December 20-21, at the Brookwood School. SA will play Westwood on Friday at 2:30 p.m. and will take on Terrell Academy at noon on Saturday.

Four Wildcats score in double figures in win over…