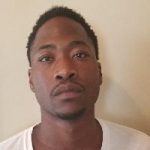 Americus – The Americus Police Department is offering a reward for information leading to the arrest of the following suspect:
Rodney Jerome Greene, DOB: 02/06/1994. Green is described as a black male, 6’2” tall and weighing approximately 195 lbs. He has black hair, brown eyes, and tattoos on his chest, arms and face.
Last known address: 213 Walnut Drive Americus, GA
This offender is wanted for Murder and Aggravated Assault. He was last seen in Americus, GA on 12/05/2019. This subject is armed and dangerous.
Anyone who has information regarding the location of this suspect should call the Americus Police Department at 229-924-4550 or the GBI at 229-931-2439. 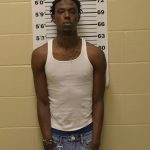 The Americus Police Department and the Georgia Bureau of Investigation have announced the arrest of 23 year old Eric Kyshon Davis for violation of Georgia Code 16-10-50, Hindering Apprehension or Punishment of a Criminal (Felony). The arresting agencies developed information that Davis provided aid and assistance to fugitive Rodney Jerome Greene, who is wanted for the December 5 murder of Tyjerus Kwame White. This is an ongoing investigation and additional arrests of subjects aiding this murder suspect may be forthcoming.