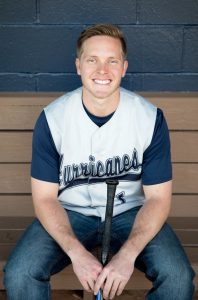 , 27, of Ochlocknee, passed away in the early morning hours on December 15, 2019 at Tallahassee Memorial Hospital.

On June 24, 1992, the most amazing young man was born. Weighing in at four pounds, two ounces, Devyn Ray Newberry immediately became his mama’s heart and his daddy’s whole world.  Growing up, Devyn played every sport the YMCA offered, but his main love was baseball. He played for many travel baseball teams like the Thomasville Blue, Thomasville Red and The Heat.  Devyn went on to play baseball for Thomas County Middle School and Thomas County Central High School.  After high school he received a scholarship to play baseball at Georgia Southwestern State University.  Devyn also played on a summer league team with the Dubois County Bombers in Huntingburg, Indiana.  When he finished college, he went to work for Thomas County teaching special education at TCMS. He was also an assistant baseball coach for TCCHS.  For the past two years Devyn has been teaching with his new family at Baconton Community Charter School. He first taught history, but most recently PE. He was BCCS’s head baseball coach and assistant softball coach.  During his short life he made strong bonds with many special coaches, teammates who became brothers and most recently, his students and his players-his reason for going to work everyday.

Devyn always wore the biggest smile. He could light up the room with his 90 watt smile and his bright blue eyes.  He always had a positive outlook on life, and he immediately made you feel better when you were around him.  You could hear his signature laugh from the next room, and it would bring a smile to the faces of all that loved him.

If he wasn’t coaching, he enjoyed playing corn hole with family, riding his dirt bike on the farm he grew up on and loved so deeply, throwing the frisbee to his golden retriever, Ollie, watching super hero movies, spending quality time with his family and friends, and cheering on his Seminoles.

In 2015, Devyn met one special young lady, one he had no idea would change his life. While attending college in Americus, Devyn met his fiancé, Emily. They shared an elective together, where their love story began to unfold. “She wouldn’t give me the time of day,” Devyn would say, so he decided to follow her into Chick Fil A after class one day to get her attention. He said she had invited him to sit down with her to eat lunch and from there, their connection was magnetic. There was almost never a time that they weren’t seen together around campus. She attended every game of his senior season, through cold and rain, double headers and extra innings. She couldn’t keep her eyes off that boy and he couldn’t keep his eyes off her. To be around the two of them together was pretty incredible. They were constantly smiling and laughing, cracking jokes, playing around and just enjoying the love they shared with one another. It was easy to tell these two loved each other exponentially just by the way they looked at one another. It’s incredibly difficult to find someone so special enough to share such a deep connection with, but these two found exactly that in one another. They were always the subjects of each other’s conversation. They just wanted to share how special they thought the other was with whomever they were talking to. Their love continued to grow over the next four years. Devyn proposed to Emily on November 17, 2019 in front of the beautiful Amicolola Waterfall in the North Georgia Mountains. They were meant to become husband and wife in October of 2020. Although they didn’t get the chance to do so, she will always be Devyn’s forever and he will always be hers. A love like theirs is epic and immeasurable to any other.

He was proceeded in death by grandfathers Lamar “Buddy” Newberry and Ottis Ray Luke, and cousin Bella Newberry.

If Devyn was with us today, he wouldn’t be comfortable with all of the attention. He would be quick to tell you that none of his blessings would have been possible without the love of his savior, Jesus Christ. Devyn was saved at an early age, and he never wavered in his faith in God. For many, many years Devyn wore a jelly bracelet that said- I am second.  Just recently it became so torn and tattered that it broke because he never took it off.  But that’s how he saw himself- nothing without the love and grace only God could provide.  Devyn is now in Heaven coaching the most unbelievable baseball team, riding his dirt bike all around the streets of gold, and singing the most amazing songs with Jesus. Until we see him again, he would want us to wear the biggest smile possible. #doitforDevyn

Memorial contributions may be made to the Baconton Community Charter School Baseball.

Cobb Funeral Chapel has been entrusted with arrangements.