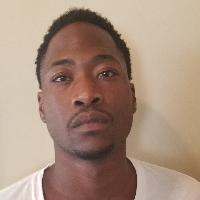 The Americus Police Department working with the Georgia Bureau of Investigation has announced that 25 year old Rodney Jerome Green of Americus has been arrested
for the December 5th murder of 27 year old Tyierus Kwame White. Green was arrested by the US Marshall’s Southeast Regional Fugitive Task Force without incident at a
motel in the South Atlanta area. He is currently being charged with Murder and Aggravated Assault. Additional charges are pending.
On December 5, 2019 at approximately 7:51 PM officers of the Americus Police Department, along with Americus Fire Rescue and EMS, were dispatched to the area of Norman Cole Street and Bessie Mays Circle to a reported traffic accident with injuries. On arrival, first responders found a male subject in a vehicle and determined
that he had been shot. The victim, 27 year old Tyjerus Kwame White, was transported to Phoebe Sumter Medical Center, where he later succumbed to his injures.
Investigation into the shooting determined that the shooting occurred in the 100 block of Norman Cole Street.
Persons with information related to the ongoing investigation of this case are asked to
call the Americus Police Department at 229-924-3677 or after hours at 229-937-9011.

Notice of alcohol license applied for

Reward offered for information leading to the arrest of…