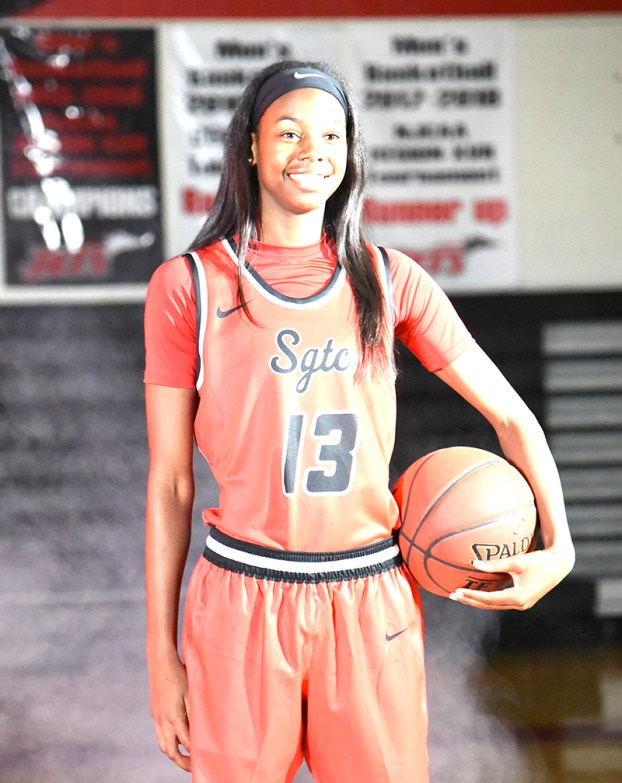 The Lady Jets went up 24-10 at the end of the first quarter and were up 42-25 at the half. They continued to stretch that lead in the third quarter by outscoring the Lady Sea Devils 21-16. CFCC came back in the fourth quarter when they outscored SGTC 30-24, but it was too little too late as the Lady Jets ended up with the 87-71 victory.

The Lady Jets will have the opportunity to stretch their winning streak to 12 straight games when they face Lackawanna College in the second game of the Cape Fear Classic on Tuesday, December 17, before the Christmas break.

The Lady Jets will finish up the tournament when they meet 11th ranked Shelton State Community College on Tuesday, December 31, at 4 p.m.

In the win over the Lady Sea Devils of CCFC, the Lady Jets had balanced scoring, with all five starters scoring in double digits. Sophomore forward Yasriyyah Wazeerud-Din led the team in scoring with 19 points, along with five rebounds, four assists three steals and two blocked shots. Sophomore guard Niya Goudlock, who was the Georgia Collegiate Athletic Association (GCAA) Player of the Week, was next with 16 points. Sophomore guard Shamari Tyson accounted for 15 points and freshman center Feeme Sikuzani had a double-double performance with 12 points and 14 rebounds. Sikuzani also had three blocked shots, a steal and an assist. Sophomore Amara Edeh closed out the double-digit scoring with 10 points, along with eight rebounds, one assist and two blocked shots.

Moe Shida came off the bench and added nine points. Veronica Charles, Flore Ngasamputu and Hope Butera each had two points to round out the Lady Jets’ scoring.

The Lady Jets are currently ranked 16th in the nation and are 13-1 overall. They are also undefeated at 6-0 in the GCAA.

Wildcats score thrilling come from behind victory at Macon County

MONTEZUMA – It was the type of game that one would expect to be played in the state playoffs or... read more