Wildcats’ 10-0 run in second half leads them to victory 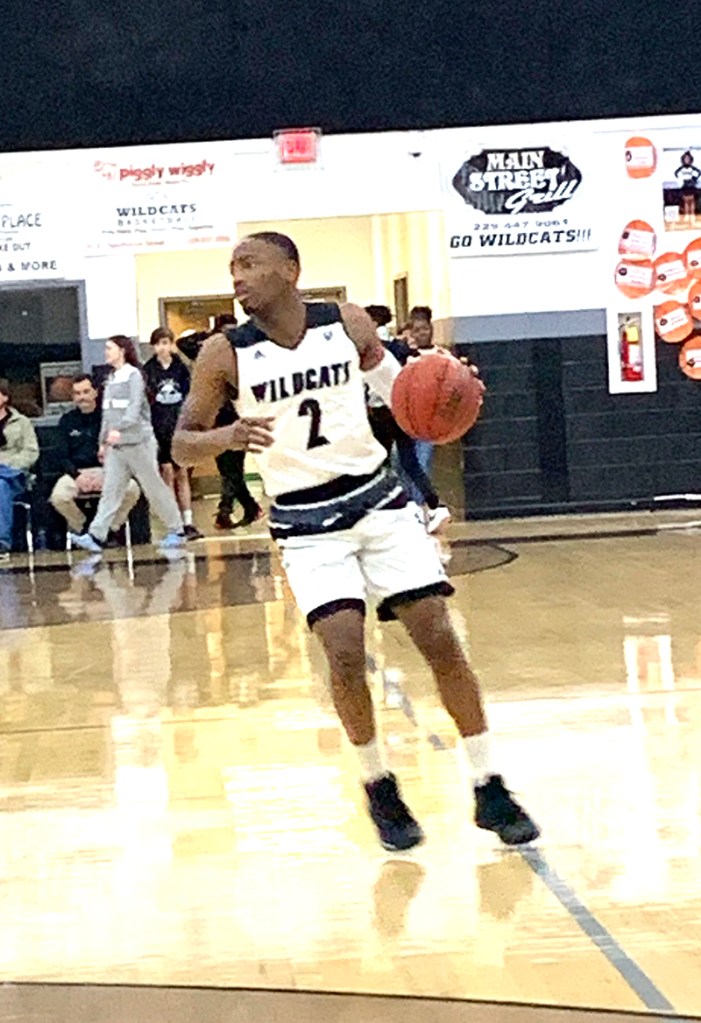 Schley County guard Deontae Cross led the Wildcats in scoring with 23 points in their win over Webster County. Photo by Ken Gustafson

ELLAVILLE – After an evenly-matched first half, the Schley County Wildcats (SCHS) went on a 10-0 run to start the second half and took control of the game from there on out to defeat Webster County (WCHS) 69-46 on Wednesday evening, December 18, at Schley County High School (SCHS).

With the win, the Wildcats improve to 5-2 overall on the season and are currently in a three-way tie for second place in the Region 4-A standings at 4-2. Having defeated Hawkinsville High School 65-31 the night before, the Wildcats have now won three consecutive games. With the loss, the Bobcats drop to 2-8 on the season. 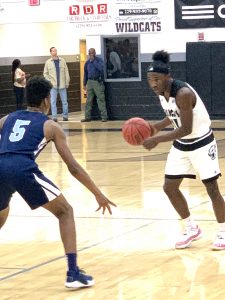 SCHS jumped out to a 5-0 lead to start the game, but the Bobcats responded with a 6-2 run of their own to take a one-point lead. Then a technical foul was called against SCHS, giving the Bobcats two shots and the ball. Keundre Campbell sank both technical foul shots to give the Bobcats a 10-7 lead. From that point until the end of the first quarter, WCHS would outscore the Wildcats 6-3, including a three-pointer at the buzzer by Campbell.

The Bobcats went on a 6-0 run to start the second quarter until Solomon was fouled and sank both free throws. However, Campbell struck again with another three-pointer to put WCHS up 25-12 with a little over six minutes to go before halftime. 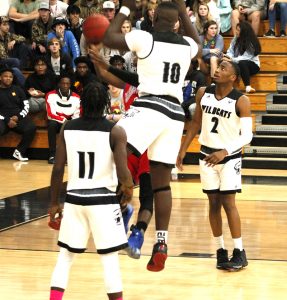 Schley County center Zykevious Walker (10) goes up to block a shot in the Wildcats’ 65-31 victory over Hawkinsville.
Photo by Sheila DeVane

The Wildcats tried to begin a run to get back in the game when Ross drove to the basket and scored. This was followed up by a basket from Brandon Williams, cutting the WCHS lead to nine. Then Taylor nailed a three-pointer with less than four minutes to go to put the Wildcats within six at 25-19. With 3:14 to go before halftime, Cross was fouled while shooting and sank both free throws, bringing SCHS to within four at 25-21. After both teams traded baskets, Lumpkin drilled a three-pointer to bring the Wildcats to within one at 27-26 with 2:26 to go. This prompted a timeout from WCHS head coach Demaris Battle.

For the remainder of the first half, both teams traded baskets, but the Wildcats went into halftime trailing only by one point at 31-30. 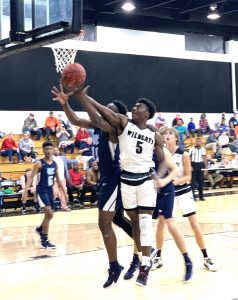 Coming out of halftime, the Wildcats responded with a vengeance. They went on a 10-0 run, which included three-pointers from Taylor and Solomon. This prompted another timeout by the Bobcats with 4:23 to go in the third quarter. It was during this point in the ball game that the pendulum swung in favor of the Wildcats.

Over the next two minutes, both teams traded baskets, but the Wildcats still maintained a 42-33 lead.

With 1:33 to go in the third quarter, Cross was fouled and knocked down both foul shots to push the SCHS lead up to 11. However, the Bobcats responded as Rasheed Jenkins knocked down a three-pointer to cut the Wildcats’ lead to eight at 44-36.

Undaunted, the Wildcats responded with a 7-0 run to close out the third quarter and led 51-36 going into the final stanza.

SCHS scored four unanswered points to start the fourth quarter, while the Bobcats committed three turnovers. The Bobcats’ inability to score allowed the Wildcats to increase their lead to 59-36. At the 4:35 mark, Battle called a timeout to try and stop the bleeding and resuscitate his WCHS team.

However, it didn’t work as the Wildcats continued to limit the Bobcats’ chances to score and scored baskets at the other end. During the last couple of minutes of the game, the Wildcats created turnovers and scored points off those turnovers to finish out the 69-46 victory.

After the Christmas break, SCHS will resume play when they host Mount de Sales Academy on Saturday, December 28.