Panthers do it on defense against Tift County 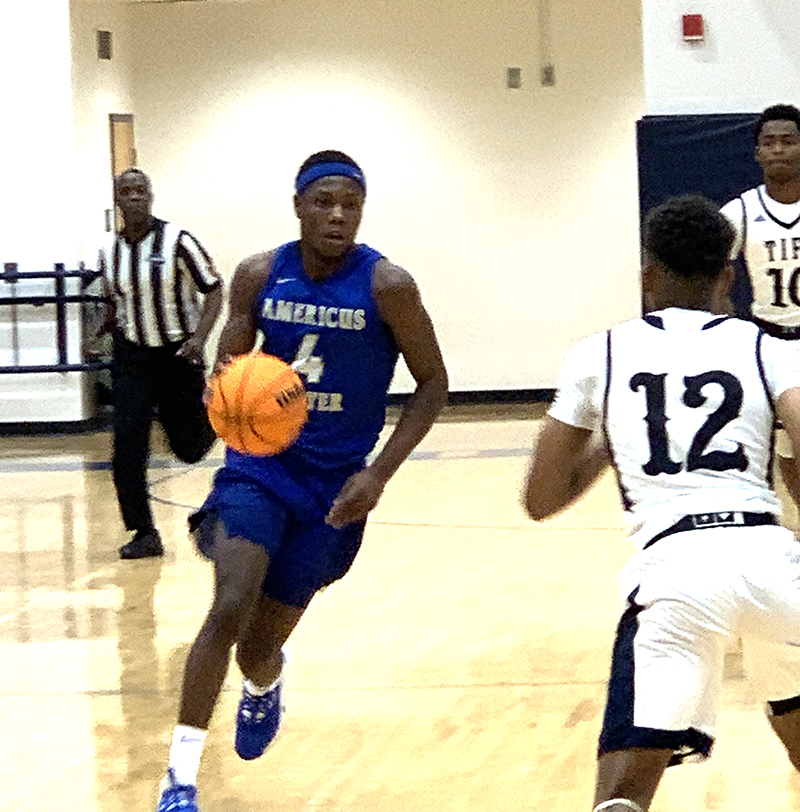 TIFTON, GA – After a hard-fought 51-48 victory over Eagles Landing at Lee County the day after Christmas, the undefeated Americus-Sumter boys’ basketball team, ranked #3 in the state in GHSA Class AAAA, came to Tifton, GA on Friday, December 27 and dismantled Tift County (TC) by the score of 57-35 to improve their undefeated record to 12-0 on the season.

As they have done for most of the season, the Panthers used their relentless defensive pressure to create their offense in the early stages of the game. They continued that defensive intensity throughout the remainder of the game and secured their 12th straight victory. 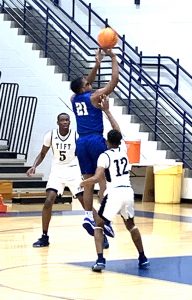 In the early minutes of the game, both teams were tied at 4-4, but the Panthers went on a 6-0 run, capped off with a fast break basket by McCoy. The Panthers would then use their pressure defense to force turnovers. As a result, ASHS was able to jump out to an 18-6 lead by the end of the first quarter.

The Panthers continued to wreak havoc defensively by forcing the Blue Devils to commit numerous turnovers. ASHS scored five straight points to begin the second quarter and amassed a 23-6 lead.

For the remainder of the first half, ASHS was able to continue their defensive intensity and jumped out to a 31-12 lead at halftime.

Brown scored 11 of his game total of 16 points in the first half, including two three-pointers.

In the second half, ASHS picked up where they left off. The Panthers jumped out to a 39-18 lead before TC head coach Xavier Holmes called a timeout with 4:04 left in the third quarter.

However, right out of the timeout, the Panthers got a steal and a fast break basket from McCoy. Throughout the entire game, the Blue Devils struggled to make shots due to the swarming ASHS defense. 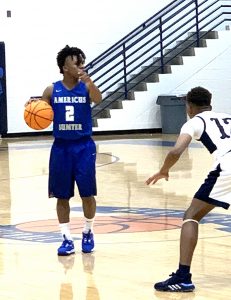 In the fourth quarter, TC tried to disrupt the ASHS offense by pressing full court, but it didn’t affect the Panthers. They were able to break that press and get into their half-court offense. As a result, ASHS was able to maintain its double-digit lead for the remainder of the game.

Up next for the Panthers is a trip to Atlanta on Saturday, December 28. They will be taking on Landstown High School from Virginia Beach, VA in the Big South Shootout Tournament at Holy Innocents Episcopal School. Tip off is scheduled for 3 p.m.