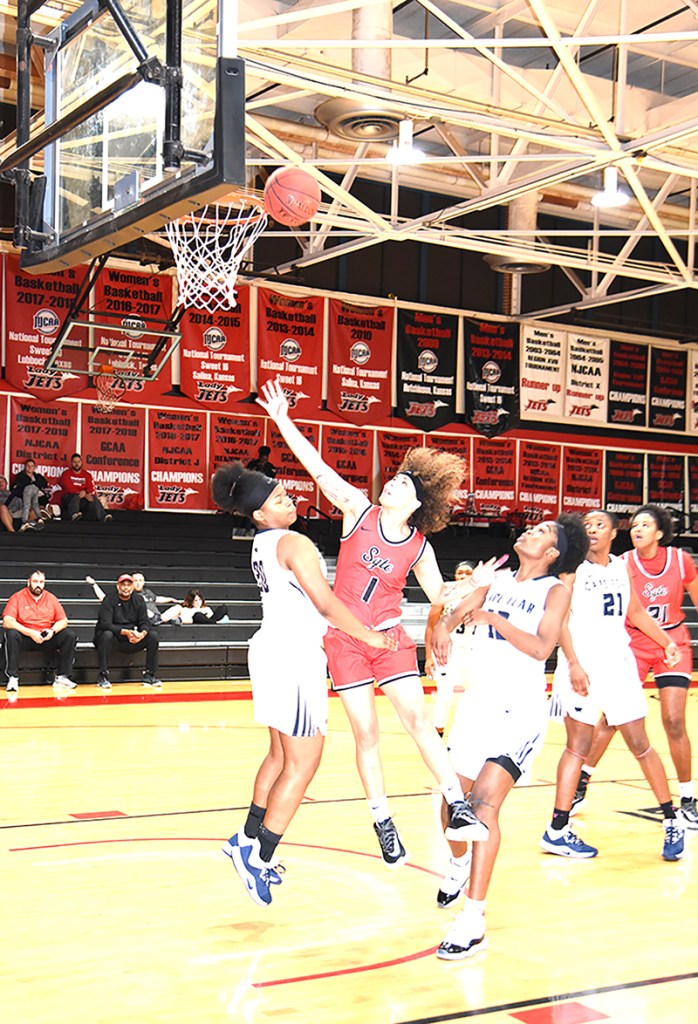 AMERICUS – On Monday, December 30, the South Georgia Technical College Lady Jets rolled to a 104-47 thrashing of Cape Fear Community College in the second day of action in the Lady Jets Holiday Classic. Monday’s action featured four of the top 25 ranked women’s basketball teams in the National Junior College Athletic Association (NJCAA). This was the Lady Jets 14th consecutive win this season and lifted them to 16-1 overall on the season.

“We know that this is going to be a very tough game,” SGTC head coach James Frey said  “They have a very good aggressive team and they only lost by six points to the top team in the nation so they are ready to redeem themselves. We need to play well and play forty full minutes of basketball to win. We are capable, but we will have to execute.”

Frey felt good about the impressive victory over Cape Fear Monday night, but he still saw plenty of room for improvement. “We started out slowly. Cape Fear scored first and then we came back to tie the game and they pulled ahead before we tied the game again and finally went up and stayed ahead,” he said. “We need to play much better tonight to win.”

Sophomore guard Shamari Tyson has been battling illness this week, but still started and led the team in scoring with 20 points, eight rebounds, three assists and five steals. Sophomore guard Anna McKendree and freshman center Femme Sikuzani were the next leading scorers for the Lady Jets with 14 points each. Niya Goudelock and Veronica Charles closed out the double-digit scoring with 11 points each.