Lady Panthers keep rolling along with win over East Coweta 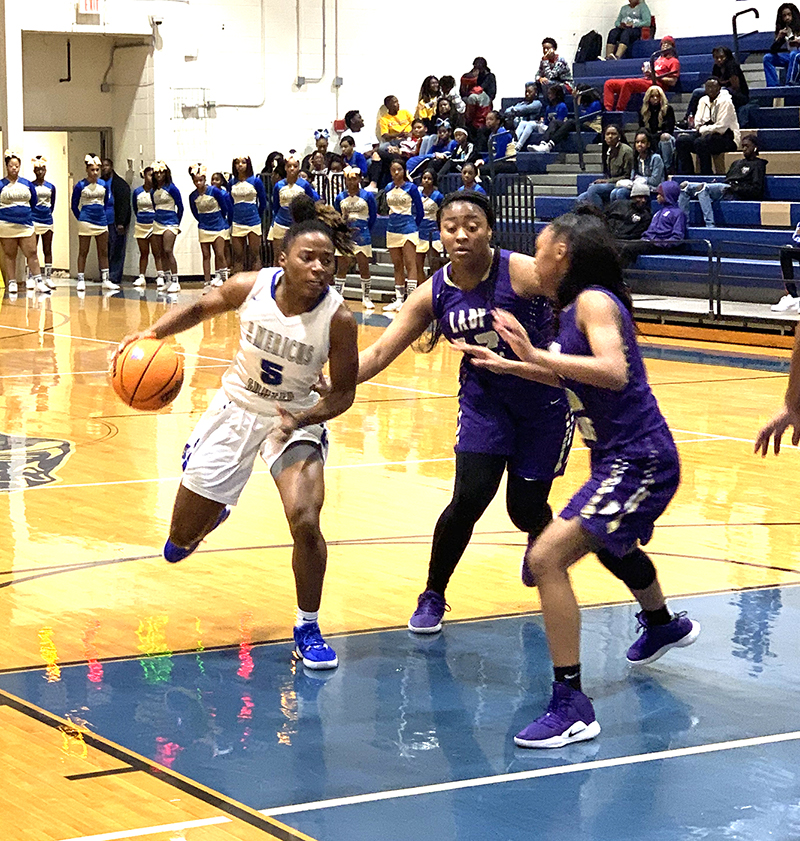 COLUMBUS – Americus-Sumter (ASHS) senior Jelissa Reese scored 21 points and senior Trinity Jones poured in 19 points to lead the Lady Panthers to another decisive win. This time, the victim was East Coweta (ECHS). The Lady Panthers took control in the second half and dominated the Lady Indians 69-42 on Monday, December 30, at a tournament in Columbus, GA.

This game was not originally on the ASHS schedule, but the Lady Panthers were invited to play in it when another team had to drop out. With the win, ASHS increases their undefeated record to 12-0 on the season.

The first half was relatively close between both teams, with ASHS owning a 34-24 lead at halftime. However, ASHS began to pull away in the second half. By the end of the third quarter, the Lady Panthers led 47-32, but were able to put the game totally out of reach in the final quarter.

In addition to the double-digit scoring of Reese and Jones, senior forward Brianna Pope was also in double figures with 13 points.

For ECHS (6-8), they were led in scoring by Amya Walker and Destini Benning, who each scored 12 points.

The Lady Panthers will now turn their attention to Region 1-AAAA competition. They will travel back to Columbus on Tuesday, January 7, to take on region opponent Northside (Columbus). Tip off is scheduled for 6 p.m.