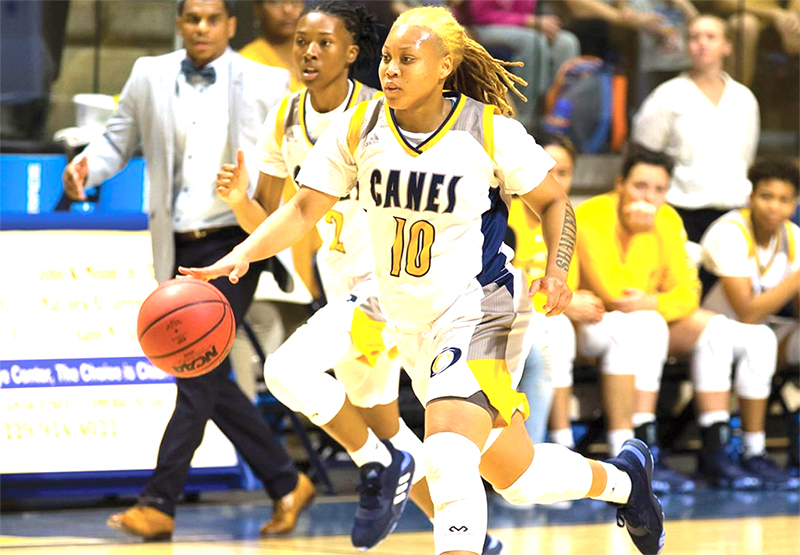 GSW held the lead for the first six minutes of the contest, but the Lady Bearcats went on a 14-0 run in the first quarter and took over from there.

Things started off well for GSW as Dominique Jeffery knocked down a three-pointer to give the Lady Hurricanes an early 7-2 lead with 7:43 left in the first quarter. However, that would end up being their biggest lead of the game. It was at this point that LU went on that 14-0 run and closed out the first quarter with a 21-12 lead.

Both teams struggled to score in the second quarter, but GSW was able to make a late rally. Madison Johnson scored on a layup and Tamecia Blue followed that up with a free throw to pull the Lady Hurricanes to within three points at 24-21. However, LU’s Quin’De’Ja Hamilton drained a three-pointer to give the Lady Bearcats a 31-24 lead at halftime.

LU (9-3, 3-0 PBC) used the second half to extend their lead as GSW (4-5, 0-3 PBC) failed to recover. GSW committed a season-high 26 turnovers and the Lady Bearcats took advantage by scoring 25 points off those turnovers. Both teams finished the game with 32 points in the paint and 22 bench points.

GSW will try to bounce back when they host North Georgia in another PBC contest on Wednesday, January 8, at 5:30 p.m.